After pressing pause on the competition during the struggles of 2020, the RMEF World Elk Calling Championships were able to resume this year with contestants from several different states who were all hopeful to out-bugle, out-bark, and all around out-call every other participant for a chance to win one of the championship cash prizes. This year’s competition was judged by five different gentlemen with an extensive experience in hunting, the outdoors, and elk calls in particular, and emceed by Randy Newberg, a well known RMEF member and avid outdoorsman. The preliminary rounds took place on Thursday, July 23rd, and narrowed down the championship contestants to four per category.

The final rounds took place on Friday, July 24th. Starting with the Pee Wee Division for children ten years old and younger, we heard three of the four contestants give their best 30 second imitations of both cow and bull calls. However, Maxine Littrell, the youngest Pee Wee contestant, decided she was more interested in chewing on her grunt tube than producing any elk calls. She was adorably adamant in her refusal, and seeing as how she’s only four years old, we applaud her for even entering the competition and getting up on that stage in the first place. Jase Wangsgard and Hunter Littrell (older brother to Maxine) won their initial rounds and were bracketed to compete for the championship.

Next up, we heard from the Youth Division, which is for children between the ages of 11 and 17. Each of the four youths got 40 seconds to produce their best cow/calf sounds, and another 40 seconds for their bull sounds. All of the contestants did a great job at replicating various elk noises, using a combination of their vocal capabilities and various grunt tubes/diaphragm calls. In the end though, we were left with Kelton Allman and Christopher Fong as the contenders for the title of Youth Champion.

The next division to compete was the Women’s. Unlike the Youth and Pee Wee divisions, chips are pulled randomly from a bowl to determine what sounds the contestants will be judged on. Each contestant gets 15 seconds to replicate each of the sounds on the three chips, followed by 45 seconds of freelance. The chips pulled for this round were cow mews, estrus cry buzz sounds, and the bull version of the alarm bark. With a few veteran elk callers in the group, it was a close competition, but the judges’ tallies set Jessi Jacobsen and Ella Lees (the two younger contestants in the division) as the two finalists for the Women’s Champion title. 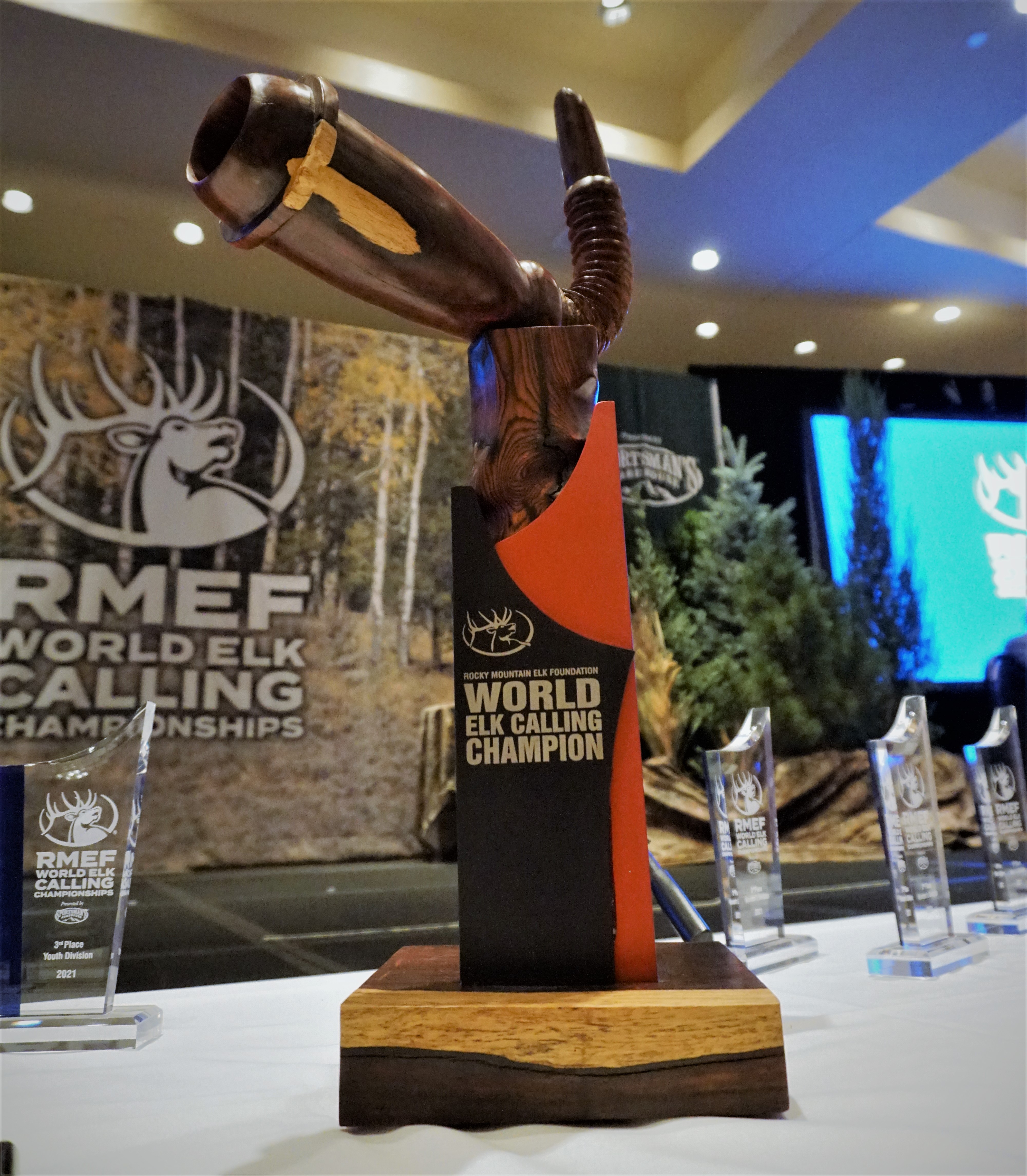 Moving into the Men’s Division, the rules change slightly. The men have the same amount of time as the women to demonstrate their proficiency in the randomly chosen calls, but for the final four contestants, it becomes a double elimination game. The four rounds had a collection of mews, barks, chuckles, estrus buzzes, and bugles that each of the four men did their best to replicate. The end result was Tony Gilbertson and John Simpler competing for the Men’s Championship title.

The final division is for Professionals, meaning they own or are paid to work in the calling business in any capacity. They too compete on a double elimination basis, and while each of the contestants produced some amazing calls, Cody McCarthy was undefeated in the competition and won the Professional World Champion title with a score of 5 - 0 on his cow alarm bark, cow mews, bull chuckle, and freelance performance.

It was a fantastic competition this year and Sportsman’s Warehouse was proud to present and sponsor this event once again. If you’d like to watch the full recording of the final rounds, you visit our Instagram IGTV page.