A Guide To Police Encounters While Armed

A Legal Overview of Your Rights and Duties

Some states impose a legal duty upon permit holders that requires them to inform a police officer of the presence of a firearm whenever they have an official encounter (such as a traffic stop). These states are called “Duty to Inform” states.

In these states you are required by law to immediately, and affirmatively, tell a police officer if you have a firearm in your possession. The below interactive map has a 50 state summary of all 50 state's police encounter laws. However, as a quick reference, the duty to inform states are as follows:

If you find yourself in one of the Duty to Inform states you must inform an officer if you have a firearm. When informing an officer of a firearm we recommend following these four steps:

In addition to the above Duty to Inform states, some states have quasi duty to inform laws. These laws require that a permit holder have his/her permit in their possession and surrender it upon the request of an officer. The specific requirements of these laws will vary from state to state, but generally only require you to respond truthfully if asked. It is important to note that being required to give an officer your permit once it is asked of you (quasi duty to inform), and being required to affirmatively tell an officer you have a firearm without being prompted (duty to inform) are two very different legal requirements.

No Duty To Inform States:

Finally, some states are No Duty To Inform states. Meaning, in these states there are no laws that require a gun owner to affirmatively inform an officer if they have a firearm, and there are also no laws that require them to respond or provide a permit if asked about a firearm. In these states the question arises as to whether one should inform an officer about the firearm or not. Our advice is…maybe. Obviously it is highly encouraged to be courteous and respectful at all times when interacting with law enforcement. However, there are several legal implications of informing an officer of your firearm, and you may want to consider them before making your decision.

3 Legal Considerations When Disclosing A Firearm To Law Enforcement

A potential outcome of voluntarily informing an officer that you have a firearm is that it can serve as a waiver of your Fourth Amendment rights and the officer might then have the ability to perform a Terry Stop or a Terry Frisk. The Terry Doctrine stems from a 1968 Supreme Court case, Terry v. Ohio. In Terry, the United States Supreme Court held that an officer may perform a protective frisk and search (called a Terry Frisk) pursuant to a lawful stop when the officer reasonably believes a person is “armed and presently dangerous to the officer or others.” (see: 392 U.S. 1, 24, 88 S.Ct. 1868, 20 L.Ed.2d 889 (1968)). This also gives the officer authority to temporarily disarm the permit holder “in the interest of officer safety.” The Court did caution that a search “is a serious intrusion upon the sanctity of the person” and should not be taken lightly. Still, the basis for the search itself is largely left up to the officer’s discretion once he is made aware of the presence of a weapon.

The sole purpose for allowing the frisk/search is to protect the officer and other prospective victims by neutralizing potential weapons. (see: Michigan v. Long, 463 U.S. 1032, 1049 n. 14, 103 S.Ct. 3469). As an example, a Terry Stop allows a police officer to remove you from your vehicle, pat down all occupants of the vehicle (using the sense of touch to determine if they are armed), as well as search the entire passenger compartment of the vehicle including any locked containers that might reasonably house a weapon. In other words, telling a police officer you have a firearm on you or in your vehicle can serve as a waiver of your Fourth Amendment rights and allow the officer to conduct a warrantless search.

This issue was recently highlighted in a recent 4th Circuit Court of Appeals case United States v. Robinson. In Robinson, the court extended the Terry Doctrine further than it previously had. In its ruling, the court stated that because firearms are “categorically dangerous":

an officer who makes a lawful traffic stop and who has a reasonable suspicion that one of the automobile’s occupants is armed may frisk that individual for the officer’s protection and the safety of everyone on the scene. (source)

Or as Judge Wynn ominously wrote in his concurring opinion, “those who chose to carry firearms sacrifice certain constitutional protections afforded to individuals who elect not to carry firearms.”

The waiver of your Fourth Amendment rights is why states with “duty to inform” laws create such a constitutional dilemma. If, as a condition to carrying a firearm, I am required by law to inform an officer that I have a firearm in my vehicle, then I am also simultaneously required to waive my Fourth Amendment privacy rights. That is arguably a violation of the unconstitutional-conditions doctrine and is likely overdue for a legal challenge.

Okay, fair enough. But I'm not a criminal so why do I care if I get searched?

Consideration #2: You Are Probably A Criminal, You Just Don't Know It...Yet

A legal reality in America is you are probably a criminal, we all are from time to time. Do you have any idea how many gun laws there are out there? Neither does our own Department of Justice. If you don’t even know how many gun laws there are, how can you possibly be sure you are abiding by all of them simultaneously? Noting the spiderweb of laws that exist in America, US Supreme Court Justice Justice Robert Jackson once said, “any lawyer worth his salt will tell the suspect [his client], in no uncertain terms, to make no statement to the police, under [any] circumstances.” The reasoning behind Justice Jackson’s statement isn't because police officers are bad, it is simply because the average civilian has no idea how many laws they may be breaking at any given time and so it's wise to be cautious. As a prosecutor, and later a defense attorney, I have spoken with hundreds of individuals that have ben charged with crimes they sincerely had no idea they were committing.

Here is a simple example of how the I have nothing to hide mentality can be problematic. Let’s imagine you are a Utah concealed permit holder. Your Utah permit is valid in well over 30 states so you decide to take a road trip with your firearm. As you’re driving through Idaho (where your permit is fully valid) you get pulled over for speeding in a school zone. Because you are an upstanding citizen, and you have nothing to hide, you tell the officer that you have a loaded firearm in the vehicle... and now you’re a felon. Wait, what? How did that happen? Let’s look closer.

It shall be unlawful for any individual knowingly to possess a firearm that has moved in or that otherwise affects interstate or foreign commerce at a place that the individual knows, or has reasonable cause to believe, is a school zone.

There are a few narrow exceptions to this law, one of which is:

“if the individual possessing the firearm is licensed to do so by the State in which the school zone is located...” 18 U.S.C.A. § 922 (emphasis added)

You have a permit from Utah which is valid in Idaho, but was not issued by Idaho, which means this federal law is in full force against you. Don’t worry, the penalty for violating the law is only 5 years in prison and a $5,000 fine. If you would like more details about this law you can read the ATF’s analysis of it here.

Of course, as is often the case, the Idaho police officer may sympathize that you are not intending to violate the law or may choose not to escalate the situation beyond a mere traffic stop. Millions of people violate the GFSZA every year and very few are prosecuted. Given the harsh penalty, however, it’s at least something you should consider. That is only one of many examples of how poorly written gun laws can snare an unsuspecting citizen.

I would challenge anyone reading this to think of any instance where someone waiving their rights, or consenting to a search/seizure, improved their life. In my career I certainly haven’t seen it. I have, however, seen a significant number of good people charged with serious crimes because they were overly generous with the amount of information they shared with law enforcement. It is my experience that virtually nothing good can come from waiving your rights. Consider the wording of the the oft cited Miranda warning:

Can and will be used against you. The best case scenario of waiving your rights is you get to go home. The worst case scenario is you go to prison. Given that dichotomy, when in doubt I personally err on the side of not waiving my rights or consenting to a search. Of course, as has been mentioned already, there are certainly ways to respectfully and politely do that.

Once again, it is not our intent to tell you how you should interact with law enforcement or imply in any way that law enforcement are villains or out to get you. As a prosecutor, I worked with law enforcement every day, and as a firearm instructor over the past 15 years I can say some of the best people I know are police officers. Police officers, by and large, support the shooting sports community and are members of it themselves. We strongly encourage everyone to treat law enforcement with respect. Very little is accomplished in life by acting belligerent, rude or demeaning.

Our advice is simply to be aware of your rights and (when not in a duty to inform state) use your own informed discretion on how or if you would like to disclose your firearm. 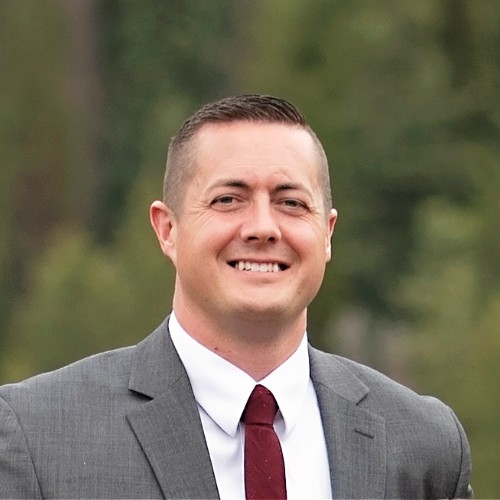 Along with being an attorney, professor, author, consultant, entrepreneur, expert witness, and public speaker, Nelson is also the co-founder of Legal Heat, the nation's leading firearms training academy. In his free time you can find him coaching his children's teams, spending time with the family, and participating in as many outdoor activities for which he can find time.