Dan Young: For the Love of Turkey Hunting

Turkey season is in full swing and there’s no one better out there than Dan Young from Respect the Game. Often referred to as “Outdoors Dan,” Young is a professional hunter, a host on the Respect the Game TV show, and a sponsored Sportsman’s Warehouse athlete. He’s hunted everything from whitetail deer to bears, but his specialty is turkeys. I interviewed Young to gain some insight into how he’s managed to bag over 80 turkeys (and counting) in his career, and to learn what kind of advice he has to offer anyone looking to improve their turkey hunting game.

Young has been bow hunting for 33 years, but he wasn’t always so successful with turkeys. When he first started, it took him 4 to 5 years to really get a handle on reading the birds’ behavior, and using the right calls. Perhaps because of the challenge they posed, they’ve become a favorite target for Young. As he told me, “They’re one of the most finicky animals to hunt. They drove me nuts for several years so they’re one of my favorites now.” 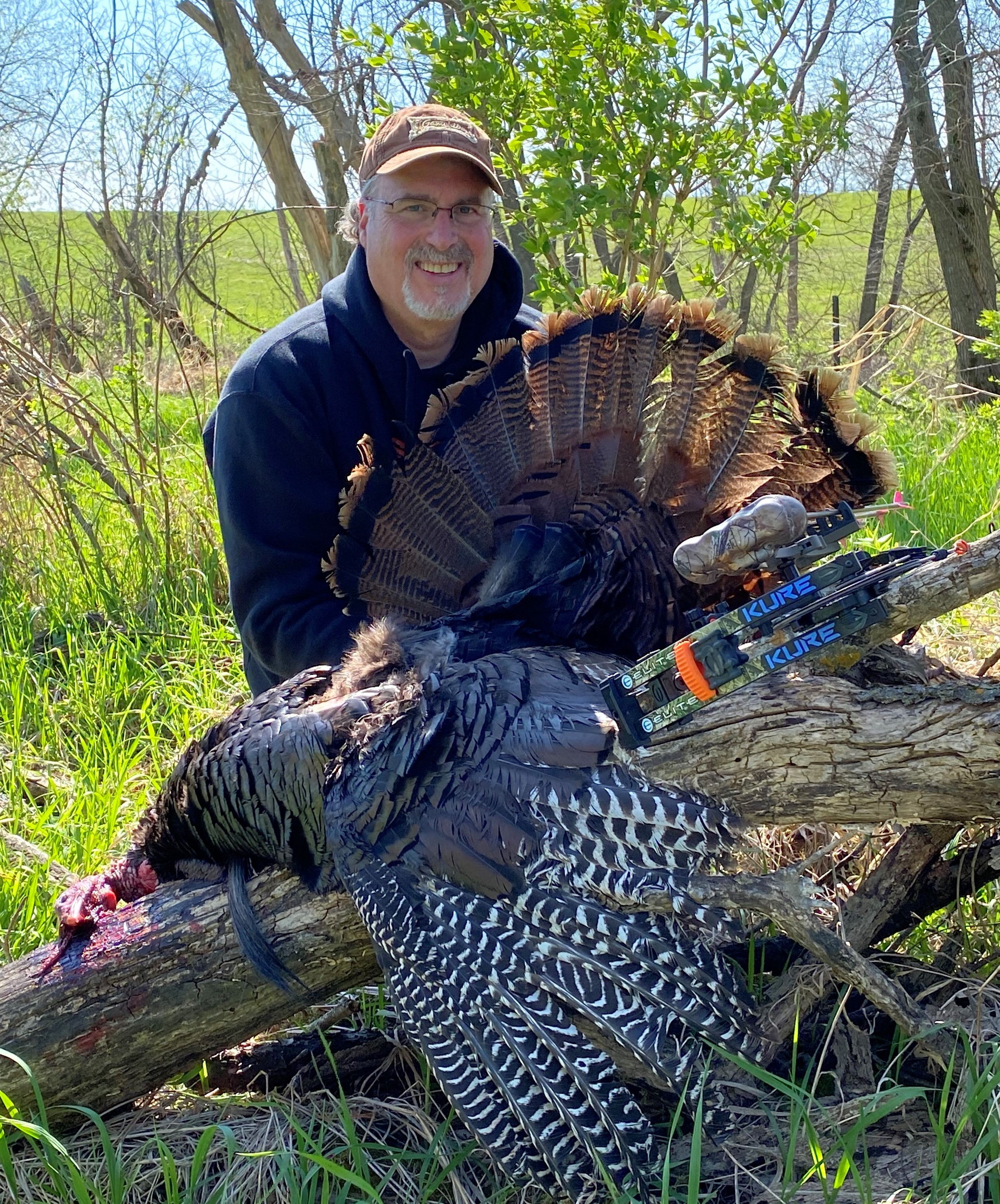 One of the challenges he had to overcome, and that many turkey hunting beginners may have to overcome, was learning how to read the birds. You can make all the calls you want, but if the birds aren’t responding, you’re never going to get anywhere. One thing Young suggests to keep in mind, is that every bird has a different personality. There’s no magic sequence of calls that will guarantee the interest of a bird. Some days you’ll get good responses, and other days you may have a hen trying to fight your decoy, because your calls have made her feel threatened or annoyed. The best way to get better at your calls and hunts, is to pay attention to how the birds react. Don’t be afraid to switch things up if your go-to calls aren’t working.

Another piece of advice Young offered me was to not be afraid of making a bad call. Some of the worst calls he’s ever heard were real turkeys, so a “bad” call might end up working. He does recommend learning these four basic calls though: yelp, cluck, purr, and excited yelp. There are a lot of different calls and tools to make those calls out there, but for the basics, Young recommends a box call for distance, a glass call for volume, and a slate call for a cluck or purr. A mouth call can also be handy if you want to keep your hands free. However, remember that you don’t have to learn every sound or own every type of call. Those four main sounds will serve you well, and if you learn how to read the responses of the birds, you’ll have a great advantage. For example, Young told me that one of his most common beginner mistakes was to call too loudly and too often. As he gained more experience he switched to making “four or five real short, soft yelps in a sequence.” If the bird answers, he repeats the call. If the bird doesn’t answer he throws in a couple of excited yelps, to try to get its attention. Again, it all comes down to reading the bird, and learning from your own experiences.

Another potentially difficult aspect of turkey calling, is that you will have to compete with actual birds. Depending on the time of day and number of turkeys around, a Tom might already be surrounded by hens, and not be interested in your calls, no matter how great they are. This is another reason to learn to read the birds. In order to successfully get the turkeys to come to you, you’ll have to sound more appealing than the real thing. Learning what the specific bird that you’re targeting is responding to, will make your task that much easier.

Once you’ve got a handle on getting the turkeys to come to you, the next thing you need to master is becoming an accurate shot. One of the best pieces of advice that Young has, whether you’re hunting turkeys or anything else, is to learn as much as you can about the animal, and specifically, about their anatomy. The areas where you can make a clean kill on a turkey are about the size of a softball, so you’re going to need to know exactly where you’re aiming. In our interview, Young went over the main areas you can cleanly hit on a turkey to kill it, and how easily those areas can move, depending on the movement of the bird. Knowing exactly where those vital areas are, and how quickly and easily you can kill a bird with each one, will make your decisions and shots much cleaner and easier. 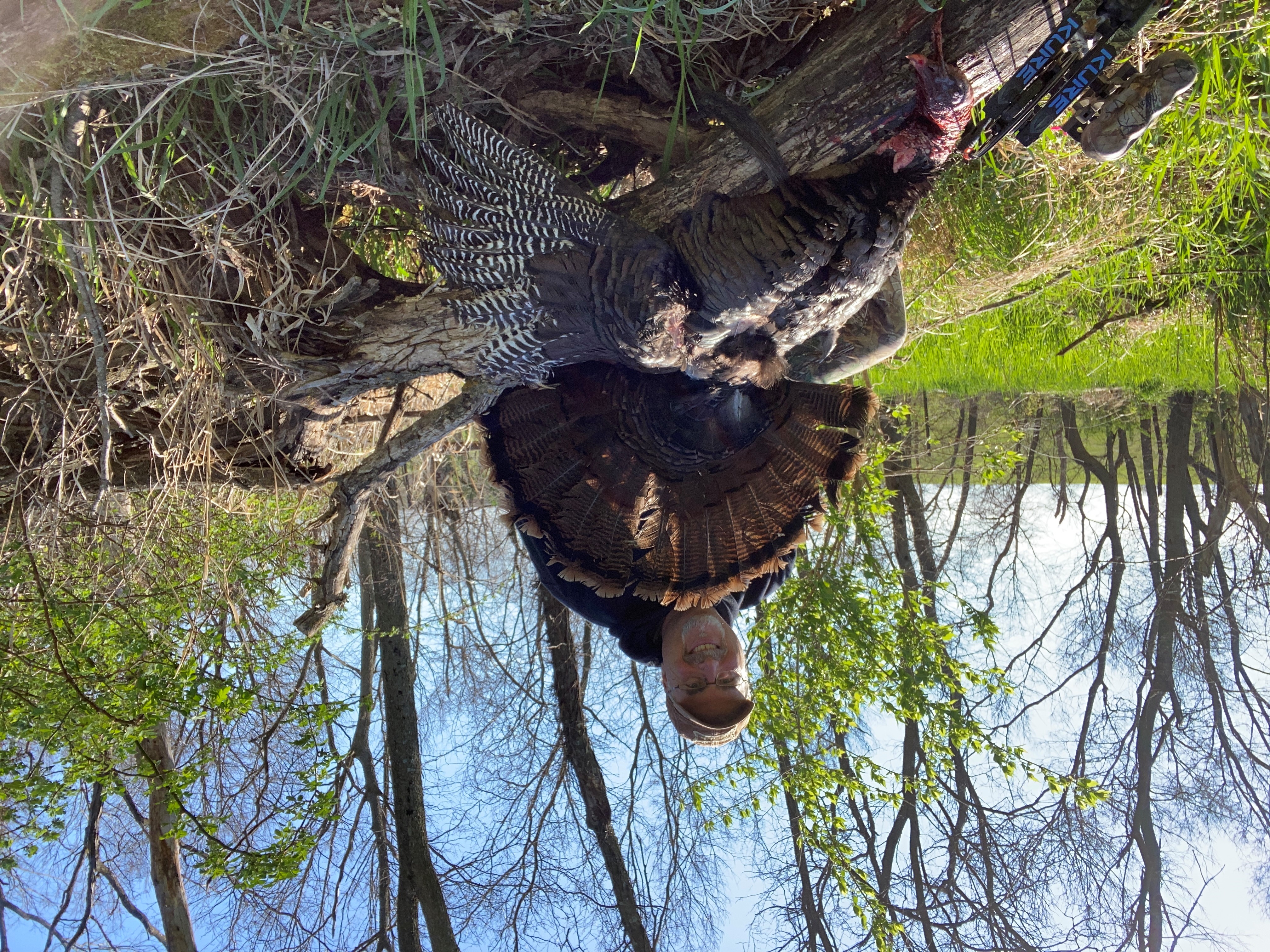 After a lengthy and fairly in-depth interview, Young’s final piece of advice for me, and all turkey hunter beginners, was “don’t worry about messing up, or making a bad call; you’ll get better every season. [So] get out there and have fun!” However you want to do it, in a ground blind with family, or out there on your own, go enjoy the great outdoors and the wonderful sport of turkey hunting.

If you would like more advice from Dan Young about turkey hunting, you can tune in to his radio show “Waking up the Outdoors with Outdoors Dan” at 7-9am (CT) on Saturdays on 1350 ESPN.