Larry McCoy: On the Hunt for Whitetail

A look at the life and advice of an expert huntsman.

If you’re a fan of the Hunt or Sportsman channel on TV, you’ve probably caught a glimpse of Larry McCoy out in his natural habitat, i.e. anywhere where the hunting takes him in North America. As an avid hunter and all around outdoor enthusiast McCoy is proficient in fishing and bowhunting all sorts of animals. However, one of his specialties is whitetail, and as someone who has been sharing his knowledge on TV for several years, he’s the perfect person to offer advice on how to make the most out of your whitetail hunt this season.

McCoy first got involved in the outdoors as a child with his dad and grandfather, who was a houndsman. He also spent a lot of time outdoors, mostly because he didn’t have anywhere else to be, and no wheels to get him there. But he enjoyed spending time in nature and in eighth grade he started dabbling in archery. As he did his own research via videos and following his step-brother on hunts, he gradually became more proficient, and consequently even more interested in bowhunting. 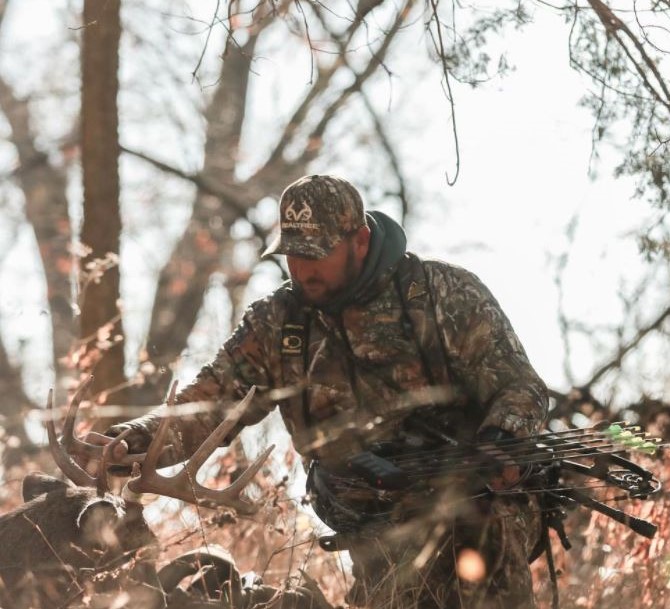 Eventually he and his stepbrother started bringing cameras out into the field with them while hunting. McCoy started to learn the patterns of the dear and spent time getting to know their habits. Learning how they react to different circumstances, particularly when they’re threatened, really taught him how to anticipate their movements and improve his skills. It was actually three years however, before McCoy harvested his first deer. After that though, the momentum was rolling and everything he had worked for started to click.

As he became more proficient in hunting, and started analyzing the patterns of the deer even more closely, he began to see more and more important details that he had missed before. He learned how deer entered a field in relation to the direction of the wind, and eventually started comparing the footage he and his brother had taken over the years to identify the deer’s habits and anticipate their movements and daily travel. All of this helped him become a talented hunter and knowledgeable outdoorsman. One day he was in a local shop and talking about his work with a local gentleman who owned a TV show. Impressed with McCoy's talent and initiative, the man invited him to join his show and McCoy’s TV career was launched.

He’s currently a host on the Respect the Game TV show, which helps educate and entertain all sorts of hunters across the country. He also does guided hunts which he says is one of the most fulfilling parts of his work. In McCoy’s own words, “If I can take today and show you why I’m doing what I'm doing--you get more out of that than just shooting a deer. That's the passion that drives me. Even more than harvesting an animal, it’s watching someone be successful.” In the spirit of that, here are a few tips from McCoy himself about whitetail tracking, packing, and hunting.

The first piece of advice McCoy has to offer is to take your time, and not just while you’re on the hunt. Getting to know the land environment that you’ll be hunting is key to being well-prepared, as is getting familiar with your equipment. Hanging trail cameras and keeping track of the footage is great, but you should also physically spend time in the area. Learn the best way to enter and exit the area you plan to hunt, so that you don’t disturb or alert the deer to your presence. Also, when you’re analyzing your trail cam footage don’t just count the number of deer, but look for how they’re using the land, when they’re most active, if there are healthy does and fawns, and if you’re seeing any bulls. All of those details can give you further insight into the animals and area. So don’t be afraid to change your plans or strategy if you’re not seeing what you’re looking for in your footage.

Now, even if you’ve done extensive research and are mentally prepared for the hunt, it’s not going to help much if you’re not physically prepared. Practicing with all of your gear is very important. Are you able to haul your full pack all over the area you’ve staked out? Are you familiar with your bow? Have you practiced shooting the arrows you plan to hunt with? When McCoy is preparing for a hunt (which is often), he tries to shoot at least three arrows a day. If the hunt is a little ways off, he still shoots at least three arrows a week. That way he’s always in tune with his bow, and never gets rusty. 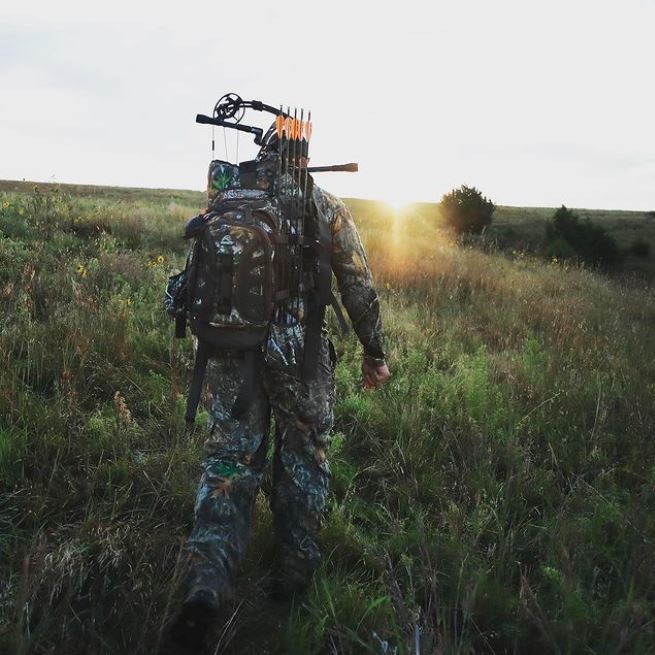 The next piece of basic advice McCoy has to offer is to be prepared with your pack. In the excitement of getting ready for the hunt, never forget to pack your license. Some states will accept a digital copy, but some require a paper copy. Be sure to check the local regulations so you’re not caught accidentally breaking the law. Some other essentials McCoy always brings in his pack are: his cellphone and spare battery pack, bug repellent, a proper field dressing kit, water, a good quiver that securely holds your arrows, and a safety harness if he’s going to be in a treestand. Most of his high priority items are all about safety. As an experienced hunter, he’s seen people get injured from any number of avoidable circumstances, such as falling out of a treestand, or stepping on a loose broadhead. Take precautions beforehand so that you don’t have an emergency in the field.

Speaking of precautions, you have to come prepared to outsmart the deer. They might not be tactical experts, but they do have an amazing sense of smell. Like McCoy says, “Animals may have a different attitude through different times of the year, but they always have their nose.” Aside from using a scent blocker, you should also make sure you don’t use scented soap, hand sanitizer, lotion, or anything else that would smell out of place to a deer. But most importantly, always pay attention to the wind. Even if you’re as scent-free as possible, if you’re standing directly in the path of the wind, those deer are going to smell you. Be aware of that as you enter and exit your treestand or blind, and as you travel through the deer’s territory.

Finally, McCoy’s last piece of advice, (and perhaps one of the most important lessons you can take from his lifetime of experience), is to always keep learning. People are creatures of habit, and so are deer. Recognizing those patterns and learning what you need to change in order to be successful is a vital skill. As McCoy put it, “There’s a lot to say for stepping outside of my comfort zone to learn and experience.” He’s also said that he’s often found himself in a pattern and not even realized it, such as how he puts stuff in his pack to how he walks into the deer’s territory. If your hunts are unsuccessful, try analyzing your habits and experiment with what you could change. It’s also a good idea to talk to people who are more experienced, or even who have different points of view from yours. McCoy admits that he actually loves engaging in discussions with people who disagree with him because it gives him the opportunity to learn.

Now that you’ve got some great tips to follow, get ready to get outside! Remember, all of the above advice is great, but don’t forget to have fun. It’s not always about taking home a trophy; just being outside and experiencing the hunt is a worthy pursuit, in and of itself.

If you’d like to learn more tips and tactics on whitetail hunting, tune in to Respect the Game TV to see McCoy and his team in action, or talk to a Sportsman’s representative online, or at your local store.

Taking Down a Trophy Mule Deer

Fall weather can fluctuate quite a bit. The nights may feel freezing, while the afternoon is warm and sunny. The best way to prepare for all...

Camping
Winning More Than a Whitetail

According to Luke, the best part of the trip was being able to see country that he’d never visited before. The hills, woods, and...