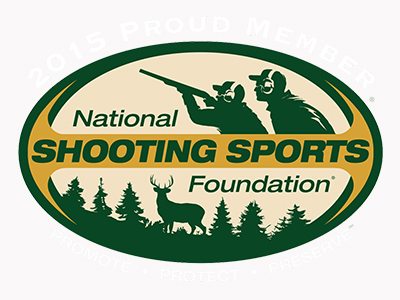 NEWTOWN, Conn. — The National Shooting Sports Foundation® (NSSF®), the trade association for the firearms industry, is proud to announce that the Hunting Works For America footprint has grown once again. A new chapter was launched in Columbus, Ohio, today. Hunting Works For Ohio joins 17 other states in the award-winning program, which brings a coalition of partners together to advocate for hunting and the shooting sports.

Hunting Works For America has consistently brought diverse stakeholders to the table when it comes to outdoors issues in all the 17 states it has launched to date. The state organizations are frequently made up of groups that people do not always consider when thinking of hunting, such as chambers of commerce, convention and visitors bureaus and trade associations. Through a shared interest in the economic impact of hunting, these groups, along with sportsmen and conservation groups, work together to educate the public and elected officials on the importance of hunting to state and local economies.

"Hunting in Ohio is a powerful economic engine that supports jobs as well as conservation," said Chris Dolnack, Senior Vice President and Chief Marketing Officer for NSSF. "Hunters spend $850 million a year in Ohio, about $320 million on trip-related expenses and $274 million on equipment."

Taxes, fees and surcharges paid by hunters when they purchase licenses, tags and equipment fund Ohio's conservation efforts, benefiting game and non-game species as well as anyone who enjoys the outdoors.

Hunting Works For Ohio launched today with a press conference in the Statehouse, and was attended by the program’s co-chairs, Mike Goschinski and Ron Schuller, Fin Feather Fur Outfitters; Tom Vorisek, Vorisek Financial Corporation; Beth Ellis, Cherrybend Pheasant Farm; Melinda Huntley, Ohio Travel Association; and Andy Good, Hocking Hills Chamber of Commerce. In addition to these co-chairs, the newly formed Hunting Works For Ohio partnership has nearly 50 partner organizations and will be adding dozens more in the weeks and months to come.

“We’re excited to have NSSF bring Hunting Works For America to Ohio,” said Ron Schuller, President of Fin Feather Fur Outfitters and Hunting Works For Ohio co-chair. “Whether at a hotel, resort, grocery store, gas station, restaurant or countless other businesses, you’ll find employees working who are being supported by the hunting and shooting economy. This hunter-led spending translates to $490 million in salaries and wages and over 20,000 jobs for Ohioans.”

Becoming a member of Hunting Works For Ohio is free of charge, so please visit www.HuntingWorksforOH.com to learn more about how to become a partner and about the program, including leadership, members, social media opportunities and local hunting seasons.

The National Shooting Sports Foundation is the trade association for the firearms industry. Its mission is to promote, protect and preserve hunting and the shooting sports. Formed in 1961, NSSF has a membership of more than 12,000 manufacturers, distributors, firearms retailers, shooting ranges, sportsmen's organizations and publishers. For more information, log on to www.nssf.org.