A look at Pearce's incredible archery career and her goals for the future.

It’s not easy being one of the best competitive archers in the world, but having grown up travelling to competitions her entire life, the lifestyle is natural for Paige Pearce. As a child her parents would take her to the range to practice shooting all the time, even though she was still young enough to still be in a stroller. When interviewed, she commented that she doesn’t remember a time in her life when she wasn’t shooting, so it’s not surprising that she took to the sport, and quickly rose through the ranks.

Pearce broke her first state record at just 10 years old, and was then the youngest person to participate in the World Archery Youth Championships at just 13. She then started shooting professionally when she was just 15. In order to be allowed to join the senior division of the World Championships she had to petition the NFAA (National Field Archery Association) for special permission and have her parents sign a waiver. Luckily, she was admitted and went on to win her first pro tournament, the Western Classic Trail Shoot, that same year. 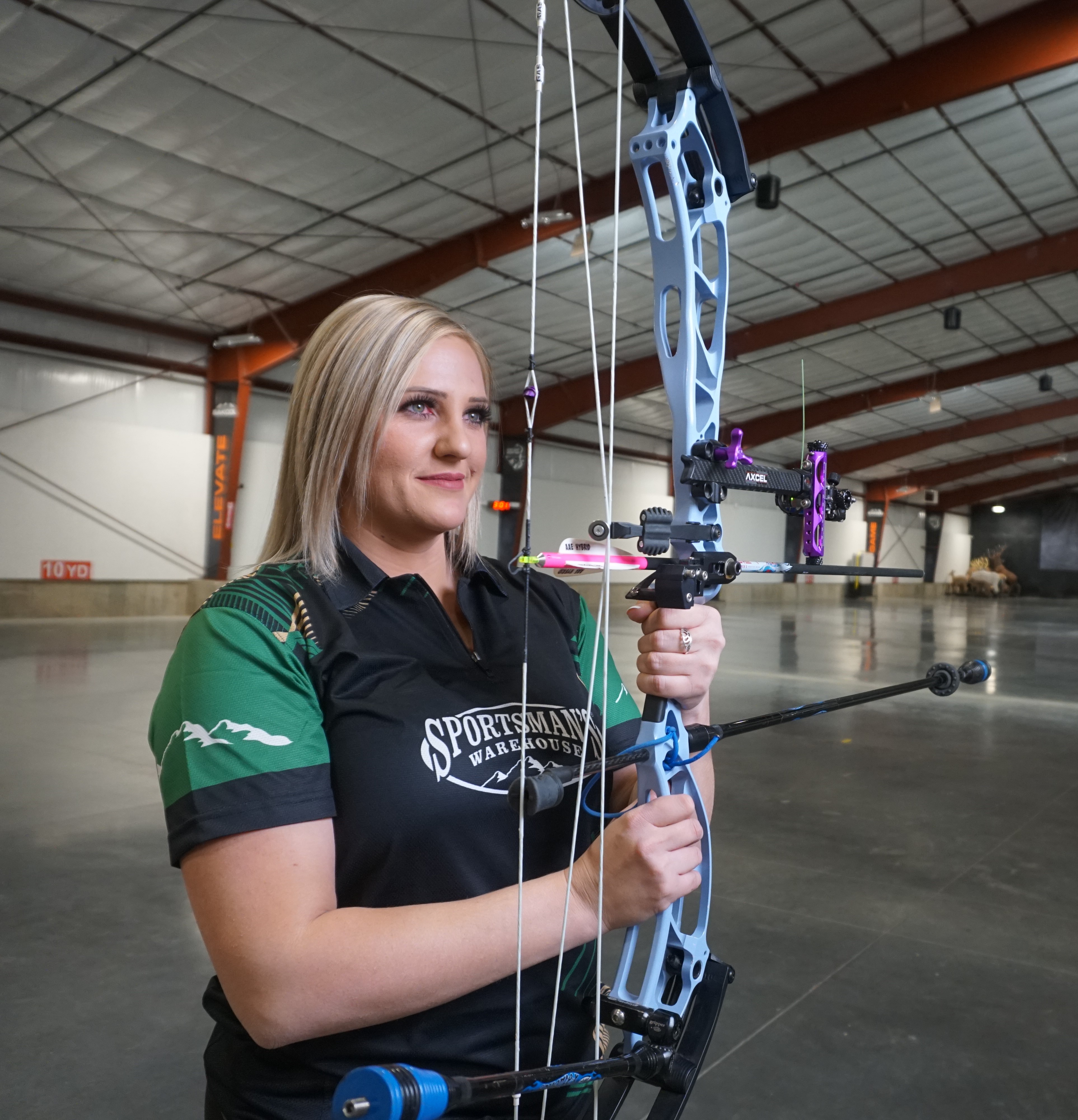 Since she started competing as just a child, Pearce has won countless medals and broken over 100 state, national, and world records. It definitely hasn’t been easy though. In order to practice and compete in all of the competitions, she’s on the road almost 11 months out of the year. Even as a teenager, she was unable to attend traditional high school, because she was on the road with team USA so often. However, she managed to make it all work, and has established a very successful and fulfilling career.

For Pearce, the hardest part of finally meeting her indoor shooting goals was learning how to mentally adapt to the pressure of the different scoring system. As she said in our interview, “Anyone can get good at shooting a bow, but being able to perform under pressure, when it matters for money, as a job, is tough. You can fix your bow or your form in an hour. Your mental game and having the confidence to get through those tough situations takes years to develop.” Knowing that missing a single shot in an indoor competition could lose her a spot on the podium, made it hard to stay calm and focused in the moment. However, she was, and still is, determined to be proficient in every archery platform she sets her mind to.

Pearce initially decided to focus more on indoor shooting because a fellow archer told her that she wasn’t the best at it. Ever the competitive spirit, Pearce decided that she didn’t like that, and signed up for the 2020 Indoor World Cups as a way to motivate herself and help her train both physically and mentally. Since compound archery isn’t in the Olympics yet, this event is the biggest and most important competition for compound archers around the globe. That year, and in the same weekend, she won first place in both the Indoor World Cup Final and the Vegas Shoot. It was the first time she had won the World Cup, and also the first time anyone had won both of those events in the same year. 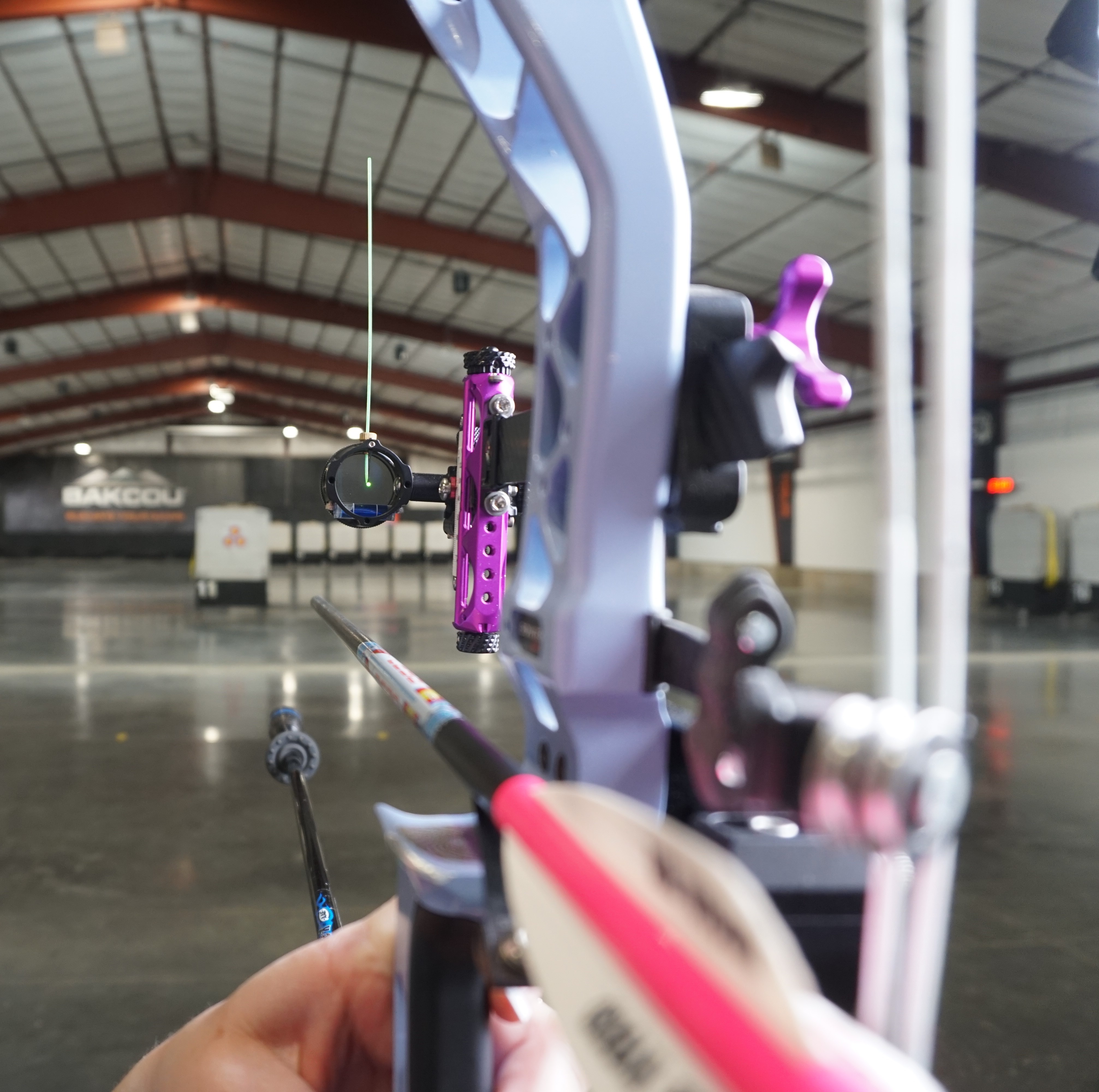 The Covid-19 pandemic hit very soon after that event however, and the whole world of archery was put on hold. Over the past year or so, competitions have been canceled, postponed, or crammed together in order to adhere to safety guidelines. Pearce and other archers have had a tough time of it. However, most of the tournaments and championships for 2021 look to be back on schedule, and hopefully Pearce will get the chance to climb more podiums.

Along with all of her other goals, Pearce hopes to get compound archery into the Olympics by 2028, when the games are scheduled to be held in Los Angeles. Compound archers shoot almost all of the same events as recurve archers, but only recurve is currently allowed into the Olympics. That might be changing soon though, as Pearce and a few other compound archers from around the world were chosen to participate in the 2019 Asian Games, European Games, and Pan American games. In the past these have solely been recurve events, used as qualifiers for the international games, so Pearce hopes that this is a stepping stone that will help take her and the rest of her sport to the Olympics.

If you have any questions about compound archery, or want to get involved in the sport yourself, reach out to us at Sportsmans.com, or visit your local Sportsman’s Warehouse.

If you’d like to see more of Paige Pearce, you can watch her archery tutorials and videos here, or keep an eye out for her on the podium in upcoming competitions.