How Competition Makes You A Better Shooter

The question of why to get involved in competitive shooting is one that many gun enthusiasts struggle with if they have never tried it. Many people get turned off or have false beliefs about what competition is and how it will affect their shooting. I can’t tell you how many times throughout my career in law enforcement I’ve heard “gun guys“ or the “tactical“ guys say that shooting competition creates bad habits or does nothing to make you better. However not one time was this ever said to me by someone who had actually shot competitively. Everyone has to start somewhere and from my experience the unknown of getting into competition is what discourages most people. The guys or gals at the range that have a reputation as a good shooter or a great tactician can be intimidated by the fact they will go to the range and most likely get beat by the accountant or the computer programmer. 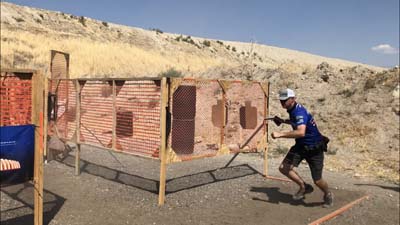 I started shooting competitively when I was the lead firearms instructor at the Police Academy and had many eyes on me. To say I wasn’t intimidated would be grossly inaccurate. I was known as a good shooter by my peers, bosses, and students but when I stepped onto the competitive range I had to face the reality that there were many people, most of whom didn’t carry a gun for a living, that could out-shoot me. What I have learned in the past 10 years of competitive shooting is that every aspect of my shooting has improved because of it. That’s not to say shooting competitions magically made me better, but what it did was point out my strengths and highlight my weaknesses. The competitive world brings everything the static ranges cannot. Shooting while moving, complex thought processes while under stress, decision making, arrays of small to large targets, compromised shooting positions, and many many more challenges are presented at every event.

I have trained under instructors from across the nation and learned many things, most of which were only amplified when I applied them in a competitive situation. I’m not here to tell you gamesmanship and bad habits cannot be learned or hamper your defensive shooting, but what I can tell you is it will make you think through those things and learn how to apply them in a dynamic world. 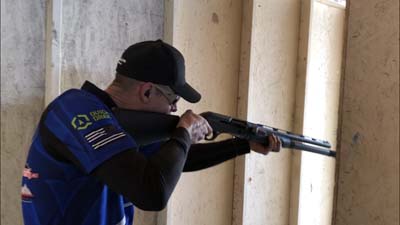 Don’t be intimidated, the word competition itself is often misleading. Most of the club matches shot on the average weekend or weeknight have no prizes, no awards, and no recognition for performance. It really is about having fun and getting better. Because of this you will find experienced club members who will help you and be more than willing to tell you how they would shoot a particular stage, or give you pointers if you so desire. Numerous times I have seen guys show up with no equipment only to have multiple seasoned shooters empty their gear bags to make sure the new shooter had everything they needed to be successful. 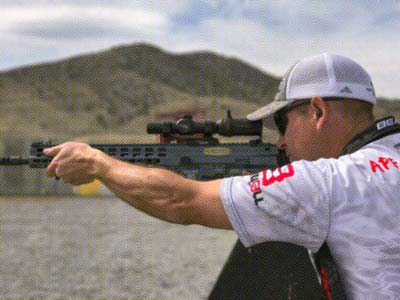 There are many different disciplines from bullseye shooting, IDPA, USPSA, Multigun and many more. Each of these organizations have different rule sets and applications, but every one of them will do something to help you improve as a shooter. Be aware, this is something that will cost you time and money because once you go, you will be hooked. The best advice I can give to anyone trying it for the first time is to hook up with someone that has experience in that discipline. I have shot at a number of clubs across Utah and at every location I have been welcomed and have made friends. Having someone to lean on helps ease the transition from static shooting to the more complex disciplines. 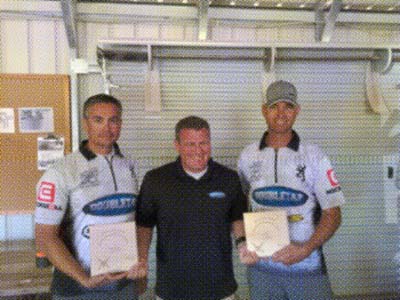 So where do you start? Start with a quick internet search of clubs in your area and make contact with a club member. Club organizers will make sure you are given all the help and information you need. After that, the answer depends on your current skill level and the availability of training in your area. Like I said earlier, the competition doesn’t hone your skills by itself, it helps you apply them and find what you need to improve on. Because of this, training with a professional is the best bang for your buck. Give up buying the next $500 or $1,000 gun and spend that on instruction and ammo. I have taken courses from instructors across the United States and have learned something from each one. For those in the western states Tactical Performance Center in Southern Utah has some great instructors and awesome ranges. I have taken several courses from them myself and have nothing but positive to say about the quality of instruction and instructors (they don’t pay me or sponsor me). No matter your reason for carrying a gun, having outside instruction from someone who actually knows what they are doing is invaluable.

Once you have training take it home and practice. Dry fire will never be overrated and specific drills are much more important than just pulling triggers. I like the small multiple circle target where I can focus on trigger pull. Start with the top row at three yards with one shot each. Repeat on the other rows until you can keep them all in the circle. Once you master that move back to five yards and try again. Difficulty can be increased by performing under time or at further distance.

Lastly, enjoy it and don’t take it too seriously. Whether it’s training or competition, if you aren’t having fun, try something different. No matter how big the competition, I do it for the release and entertainment. I have a very competitive personality but I don’t let the results get in the way of learning and enjoying myself. I will repeat my earlier warning; once you try it you will be hooked. Good luck!

Beau was raised in Salina, Utah and grew up hunting and shooting. He has been in law enforcement for 14 years and currently serves as a Captain. During his career he has had the opportunity to run the firearms program for the Utah Peace Officer Standards and Training (Police Academy), been an instructor for his department, and served on their SWAT team. Beau is also a current member of the DoubleTap shooting team and travels the state shooting mainly USPSA and multigun competitions. 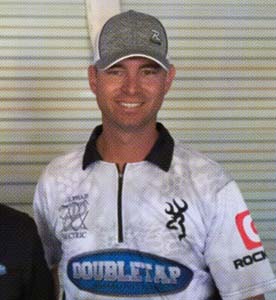 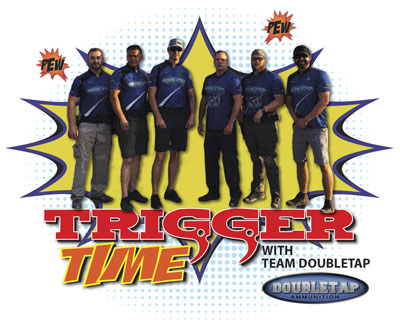