Winning More Than a Whitetail

An Interview with the 2020 Archery Whitetail Hunt Sweepstakes Winner

It’s coming up on Whitetail season which means Sportsman’s Warehouse is getting ready to announce the winner of this year's Archery Whitetail Hunt Sweepstakes hosted by Respect the Game! Entries are being accepted through August 31, 2021, and the winner will be announced shortly after. The winner will receive a fully guided hunt and a gear package valued at over $10,000. In anticipation of this year’s sweepstakes, I’ve reached out to our winner from last year, Garth Luke, to hear all about his experience. 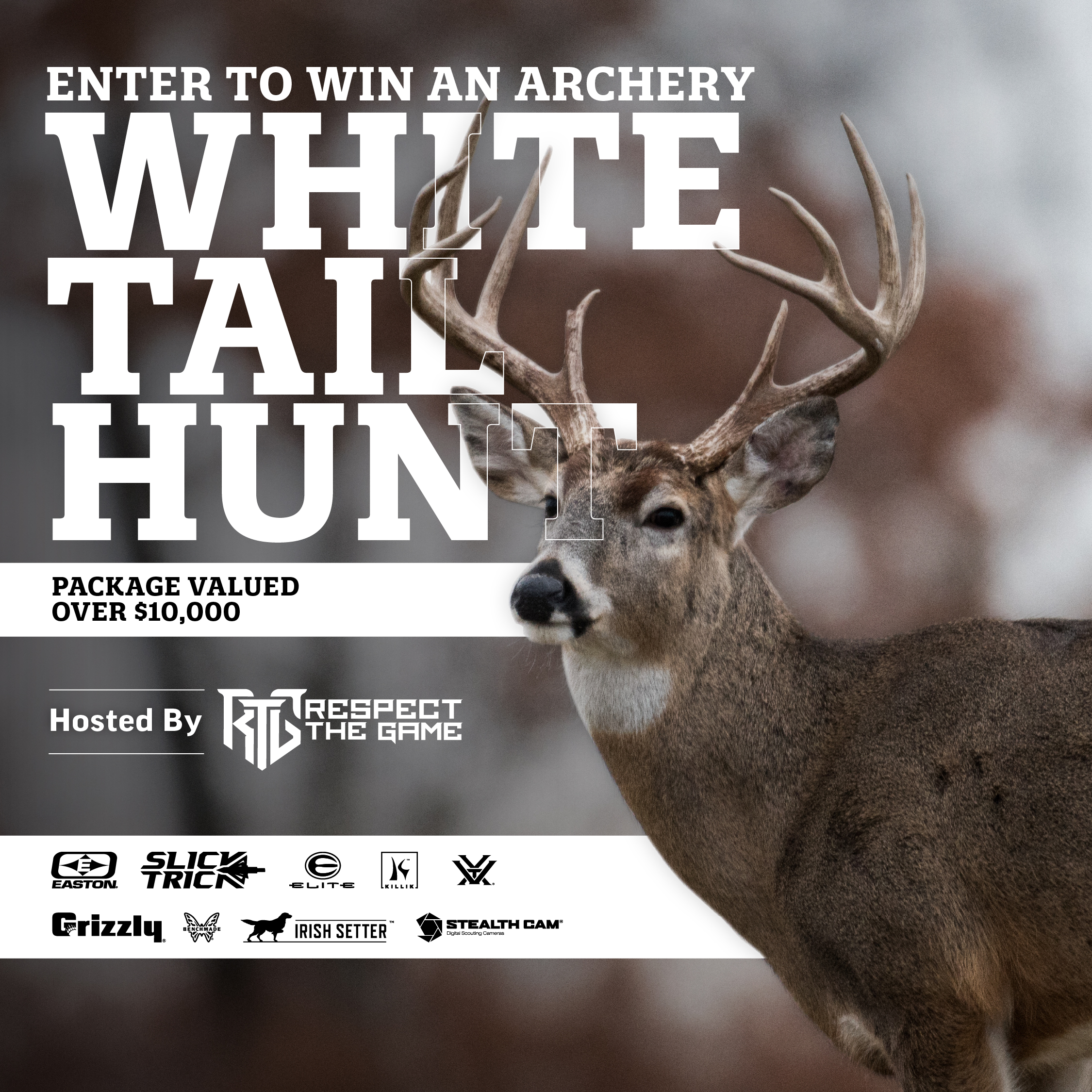 Luke almost missed out on his chance to win last year due to the fact that the phone number he’d entered wasn’t good, and his email filtered his notifications to spam. Luckily we were finally able to reach him and inform him that he’d won. Luke said that he was almost sure it was a scam, but luckily we were able to convince him otherwise, and from that point onward he was very excited.

Luke grew up hunting with his dad, four brothers, and two sisters. As a lifelong hunter, Luke has spent a good deal of time outdoors and has been lucky and talented enough to take down elk, deer, bighorn sheep, moose, antelope, and more. However, before this trip, Luke had only ever hunted whitetail once, so having the opportunity to go out with professionals was a real treat. Reflecting back on his trip Luke commented that going on a guided hunt was a once in a lifetime sort of trip, and along with that, the food, company, and lodging was the cherry on top of an already incredible experience.

His guides from Respect the Game for this hunt were Larry McCoy and Ryan Heuser. Both are very experienced and avid hunters and Luke thoroughly enjoyed building friendships with them and learning from their advice and experiences. As guides, one of their responsibilities is tracking weather conditions and deer patterns to determine the chances of actually having a good shot at bringing something home. According to their expertise, a cold front would stir the whitetail into movement and be Luke’s best chance at taking one down. However, the forecast was warm and mellow. Undeterred by this news, Luke told his guides that he had zero expectations and was just happy to be there.

True to their predictions, Luke and his guides saw does and fawns, but no bucks. However, Luke was still happy. When I interviewed him he said, “I’m at the point where I don’t kill animals anymore unless I want to put it on my wall, so that was ok. I still had a wonderful time.” According to Luke, the best part of the trip was being able to see country that he’d never visited before. The hills, woods, and cardinals were beautiful, and he got to see them every day of the trip. He was also very excited about the prize package he won which provided him with a new bow and gear that he could use for all of the hunts in his future.

As a final parting word on his experience and advice to others, Luke said, “Enjoy the hunt, but don’t feel like you have to harvest something. That’s not the important part — it’s enough to see the country, meet new people, and enjoy the outdoors.”

If you’d like to read more about the guys from Respect the Game TV, or hunting in general, check out the rest of our articles here.

If you have any questions or comments about whitetail hunting or our sweepstakes, feel free to reach out to us at Sportsmans.com, or at your local Sportsman’s Warehouse.