Were you lucky enough to get a wild turkey this year? If so, you may be apprehensive about presenting it to the family for a holiday meal. After all, your annoying relative says that everybody knows there’s no way to keep a wild turkey from drying out*. Perhaps you’ve had a few missteps in the past that make you leery now. If you experiment with a few tips and tricks when dealing with a wild turkey vs. a store-bought bird, you can redeem yourself and prove that annoying know-it-all relative wrong at the same time. Bear in mind that even though they’re essentially the same animal, these two birds have lived radically different lives. One has spent its life surviving harsh weather, running around in the woods looking for food, fighting other turkeys, and avoiding predators like you. The other has lived a relatively boring life, lazing around the farm texting and playing online video games with catered meals delivered regularly. Clearly, one of these birds is going to be leaner than the other. Take that crucial difference into account, and you can prevent the dry-bird blues. If you didn’t get to tag a turkey, never fear, any of these tips will work to take that store-bought turkey to the next level.

Store-bought turkeys are already brined, and this is a crucial step that many overlook with wild birds. Homemade brine recipes vary, but what you’re going for is a ratio around 1 cup of salt to each gallon of water, plus whatever seasonings, spices, and additives you might prefer. Take the guesswork out and browse some brine mixes here. Once you have your brine prepared, soak the thawed turkey headfirst and breast-down for at least 8 hours in a large enough covered, non-metal container that you can immerse the whole bird and make sure that the cavity also fills with brine (a 5-gallon bucket works perfectly). It will need to be refrigerated the whole time it brines. Make sure you rinse and pat the bird dry before you cook it, and be wary of over-salting with later seasonings or marinades.

You can definitely smoke a wild turkey, much as you would a store-bought bird. Adjustments need to be made to times and temperatures, depending on the type of smoker you have. Pellet grills can take a lot of the guesswork out, with most models allowing for more precise control over temperature and amount of smoke. Poultry marries well with almost any kind of pellets or chips, so this is something that you can tinker with depending on your preferences.

One way to combat drying out lean meat is to deep fry it, which is delicious no matter where the bird came from. This is also probably the easiest way to cook a turkey, especially if you have a big crowd coming over and there’s already another bird in the oven. Check out turkey fryers and oils here.

Paint it, mop it, baste it

These are different techniques to help prevent turkey from drying out, and can vary based on your recipes and methods of preparation. You have to keep a closer eye on wild turkey, but it’s well worth the extra effort.

A nifty way to keep a bird moist is to tuck slices of butter in between the breast meat and the skin. If you’re cooking with a method like roasting or smoking and you’re worried that the breast will cook faster than the legs, freeze the butter slices overnight before you use them. Lemon slices with the peels on can be tucked under the skin alongside the butter for a little extra flavor and moisture.

If you skinned the bird instead of plucking it, consider doing a bacon-wrap to enhance the flavor and help trap in some moisture. If you didn’t skin the bird, you still might want to consider a bacon-wrap, because bacon is other food’s magical secret weapon.

These can be used with any cooking method to literally inject marinades directly into the meat of the bird, ensuring that it remains juicy and flavorful throughout. Some people like to do the injections the night before cooking, while others prefer to procrastinate until the last minute. We’ve seen success from both philosophies, as long as you do the injecting before you start cooking.

Pair it with sausage stuffing

This won’t keep your bird moist, but it’s really tasty so we have to mention it. Make your stuffing as you usually would, but add some sausage to the mix. Wild game sausage is best, if you have it, especially stuff like antelope, bear, or wild hog. Pork sausage works fine, too, if you have to go store-bought. For food safety, stuffing should be prepared separately. 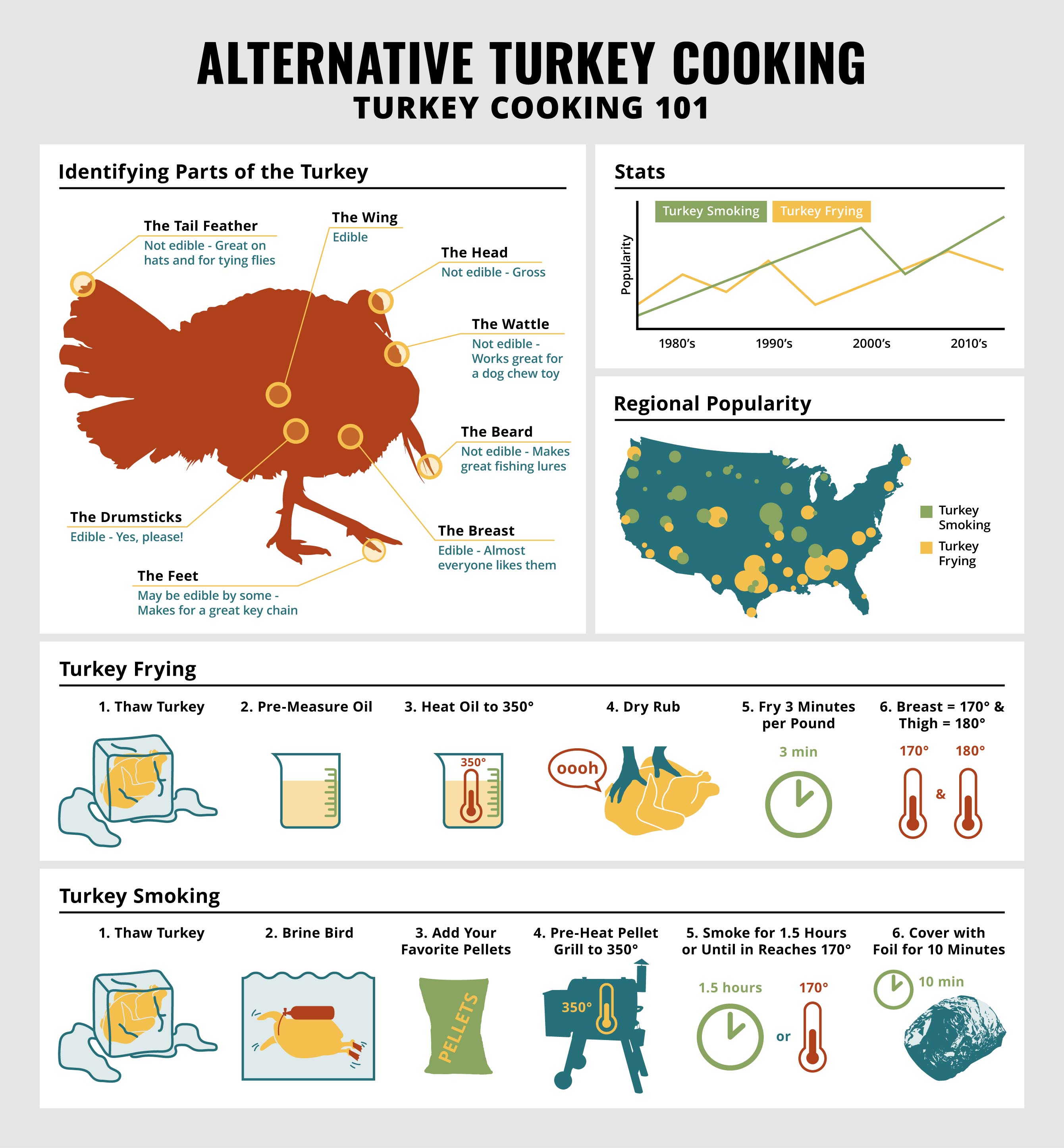 Remember, creativity is important, but safety is key, so use your cooking equipment safely by reading the operating instructions before you begin cooking. Make sure meat and stuffing is brought to an internal temperature of 165 °F (73.8 °C) before serving and when reheating.

*“Everybody” isn’t always right, especially when an annoying relative quotes them 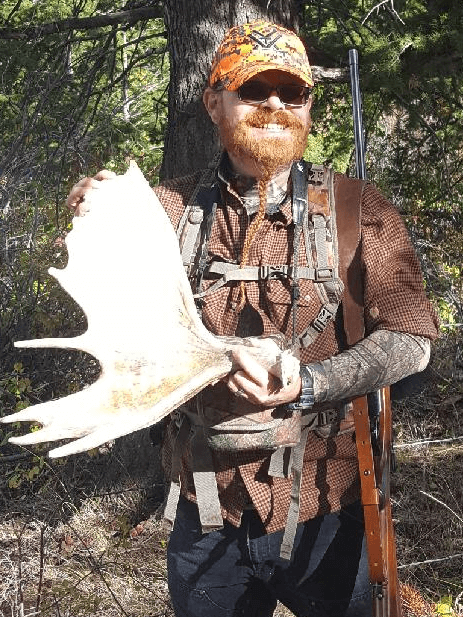 Dave grew up in the southeast highlands of Idaho, where he hunted, camped, hiked around, and even fished once in a while. He holds a Bachelor's Degree in Outdoor Education from Idaho State University, where he also minored in Writing. Dave joined Sportsman's Warehouse in 2014, working in various positions at our stores until he signed up to be our Copywriter.