Adventure On A Budget: Waterfowl Hotspots in the Lower 48

It’s almost Thanksgiving time and Momma needs a big ol’ goose and a few ducks for the big meal, so let’s take a look at a few of the great possibilities for some exceptional waterfowl hunting across the U.S.

The following are some of the best areas in the country to set out on a DIY adventure and if you catch the weather conditions just right, you should have no problems in downing plenty of birds for the big feast. 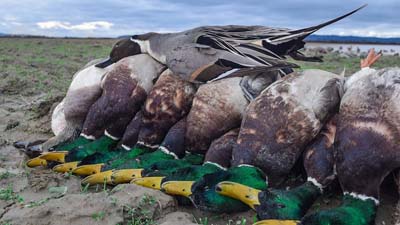 There might be no finer waterfowling journey than a trip to America’s duck factories—the prairie potholes of North Dakota and South Dakota. Collectively, the prairie pothole region of Canada and the United States accounts for about 50 to 80 percent of North America’s annual duck production and nowhere is that more evident than in the eastern Dakotas. Filled with miles of habitat and abundant public land, they can be a freelance duck hunter’s dream. Further, the area offers all types of hunting—pothole puddle ducks, big-water divers, grain-field ducks and geese and even jump-shooting. Don’t be afraid to knock on doors and ask permission to hunt private ground. True, guides have leased up lots of land in some parts of the Dakotas, still, many areas remain relatively open and farmers or other landowners often consider polite requests to hunt. You’ll encounter more competition in North Dakota, which has over-the-counter nonresident waterfowl licenses. South Dakota probably has a bit less duck country, but it limits nonresident hunter numbers through an annual license draw, typically held in July. Incidentally, North Dakota law recognizes implied consent. That is, if private land is not posted, you can legally hunt it. Still, it’s always preferable if you can locate a landowner and touch base. You’ll typically shoot multiple duck species in the Dakotas, including mallards, pintails, wigeon, gadwalls, shovelers, ringnecks, redheads, bluebills, canvasbacks, bufflehead and green-winged teal. 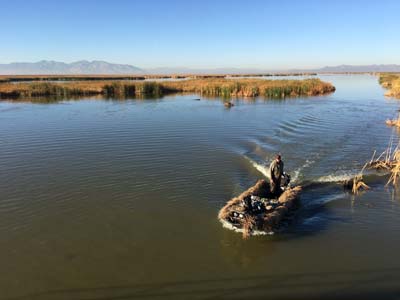 Louisiana is arguably one of the best locations in the country for some in-your-face, hard-hitting duck hunting. From the flooded hardwoods of the northern part of the state to the vastness of the grassy coastal marshes, ducks can be found virtually any and everywhere. The abundance of swampy backwaters and winding bayous attract ducks in numbers from early teal migrations in September until late-season mallards call flooded timber home in January. And the best part is most of it can be accessed via public land. Louisiana sports more than 1.3 million acres of state-owned wildlife management area (WMA) property and roughly 8,000 square miles of the state is covered in water, giving quack addicts ample opportunity to duck hunt. Southern Louisiana is a paradise for both birds and hunters as well. Its rivers and marshes are home to over nine million ducks and geese and if you go there to hunt ducks, you have prime pickings, including pintails and canvasbacks. 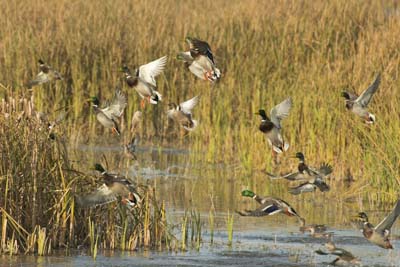 Known as the "Duck Capital of the World", Stuttgart, Arkansas, has long been a favorite destination for waterfowl hunters from near and far and for good reason. Extensive rice production, naturally flooded bottomland hardwoods and intensively managed green-tree reservoirs make the broad alluvial plain surrounding Stuttgart a winter paradise for mallards and duck hunters. For those willing to work for their birds, good public hunting is available on the nearly 34,000-acre Bayou Meto Wildlife Management Area in Jefferson and Arkansas counties and the 160,000-acre White River National Wildlife Refuge, spanning nearly 90-miles in four counties. 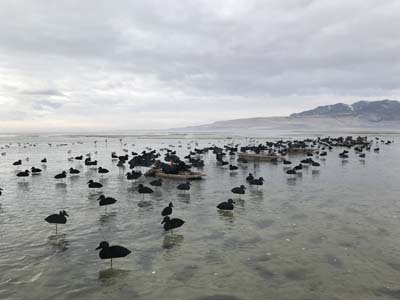 The Great Salt Lake may be one of the most important habitats for fowl in the western mountain region. With 35 different waterfowl species and between three and four million birds a year, it’s no wonder Salt Lake City is considered a favorite of those who hunt ducks. Great Salt Lake marshes are an oasis for breeding and migrating waterfowl in the heart of this arid Great Basin. This 70-mile-long lake and associated marshes are among the continent’s most important staging areas for pintails and other dabbling ducks. Steeped in waterfowling tradition, the area is home to quite a few private hunting clubs, but plenty of public hunting opportunities are available on the lake itself and on several state waterfowl management areas along its shores.

From flooded corn ponds to open water, the Seattle area provides duck hunters with a vast variety in both landscape and birds. From puddle ducks and divers to trophy harlequin ducks, it’s a fowl phenomenon you’ve got to see. When Lewis and Clark explored the Pacific Northwest in 1805, they encountered almost unfathomable numbers of ducks and geese. Today, the region continues to support a great abundance of waterfowl. At peak times, more than 500,000 dabbling ducks winter on Puget Sound and many of these birds gather along Washington’s northwestern coast in Samish, Padilla, and Skagit bays. Good public hunting is available on several state wildlife areas in Whatcom and Skagit counties as well as on Puget Sound. 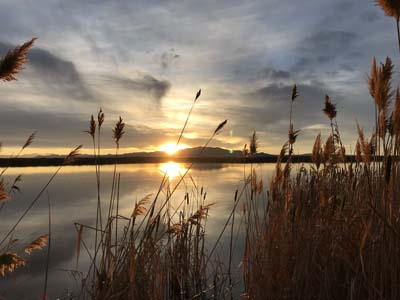 With over 40 percent of all waterfowl migrating over and around St. Louis, it’s no wonder it’s a great place to hunt ducks. Missouri gives you the best of both worlds with duck hunting in rice and soybean fields or in sheet water and flooded areas. Many of the Mississippi Flyway’s waterfowl, including at least 14 million ducks, pass through this narrow corridor formed by the Illinois, Mississippi and Missouri rivers just north of St. Louis. More than 40,000 acres of public land exist on national wildlife refuges, state conservation areas and tracts owned by the U.S. Army Corps of Engineers in the surrounding four-county area. Many of these properties are intensively managed for waterfowl and provide good public hunting opportunities for residents and nonresidents alike.

The Texas Panhandle lies in the heart of what is known as the playa lakes region, also encompassing parts of New Mexico, Colorado, Oklahoma, Kansas and Nebraska. Much like the prairie potholes of the northern Great Plains, playas are dependent on seasonal precipitation and in those special years when timely rainfall replenishes these unique wetlands, the Panhandle fills up with incredible numbers of waterfowl. Hunting pressure is light across much of this sparsely populated region. Freelance waterfowlers can often receive permission from landowners to hunt waterfowl on playas and private agricultural land.

During the 1930's, the U.S. Army Corps of Engineers built a series of locks and dams on the upper Mississippi River, creating a vast network of shallow open water, islands and marsh along the borders of Minnesota, Iowa, and Wisconsin. Not surprisingly, these wetlands attract droves of staging waterfowl during migration. At peak times, more than 50 percent of the continent’s canvasbacks as well as thousands of other ducks, geese and swans gather on the Upper Mississippi River National Wildlife and Fish Refuge. Public hunting is allowed throughout much of this sprawling 240,000-acre area and waterfowlers equipped for hunting big water have good success gunning from points and islands along the shoreline.

Birthplace of the blues, the Mississippi Delta has an equally rich waterfowl hunting tradition. When winter rains flood low-lying cropland and bottomland hardwood forests, this broad alluvial plain can rival neighboring Arkansas as a wintering ground for mallards, wood ducks and a variety of other waterfowl. Freelance hunting is available in Delta National Forest and on several national wildlife refuges and state wildlife management areas in the region.

In conclusion, these do-it-yourself areas represent just a fraction of the self-guided waterfowl hotspots you can enjoy this fall. Get together with your huntin’ buddies and put a plan together to get out and enjoy the great waterfowl opportunities that are available throughout the lower 48.