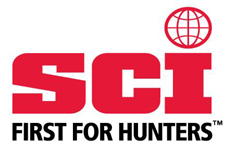 The government of Botswana announced today that it will reopen hunting after a five-year suspension in big game hunting areas in that Southern African nation. A news conference to discuss details is set for tomorrow.

“The ministry of Environment, Natural Resources Conservation and Tourism wishes to inform the public that following extensive consultations with all stakeholders, the Government of Botswana has taken a decision to lift the hunting suspension,” officials announced in an invitation to the media for the upcoming news conference.

“This is outstanding news,” exclaimed SCI President Paul Babaz. “It is heartening to see that the government of Botswana has taken all aspects into its careful consideration of this matter. We salute the officials in Botswana for their wise decision.”

“These findings clearly show that hunting bans actually hurt wildlife conservation; hunting is the key to providing the necessary revenue to fund anti-poaching efforts and on-the-ground conservation research,” SCI President Babaz continued. “This is just one more example of how hunters are the real champions of wildlife conservation and groups like HSUS and PETA simply raise money to line their own pockets instead of joining the real conservationists… hunters!”

“The fundamental issue that emerged was the appreciation by citizens that they were being consulted,” the government continued, “This was seen as necessary for building on the national principles of: Democracy, Development, Self-reliance, Unity and Botho (social harmony).”

“On the basis of these issues, the Government has reflected and assessed the recommendations, and lifted the suspension,” the government announced.

Safari Club International - First For Hunters is the leader in protecting the freedom to hunt and in promoting wildlife conservation worldwide. SCI's approximately 200 Chapters represent all 50 of the United States as well as 106 other countries. SCI's proactive leadership in a host of cooperative wildlife conservation, outdoor education and humanitarian programs, with the SCI Foundation and other conservation groups, research institutions and government agencies, empowers sportsmen to be contributing community members and participants in sound wildlife management and conservation. Visit the home page www.SafariClub.org, or call (520) 620-1220 for more information.