PacWest Outdoors: The 9 Habits of the Record Book Buck Hunter

Prepare for and plan a hunt for a trophy blacktail, mule deer, or western whitetail.

My quest for a record book buck started on a late-September afternoon at Bend Mapping in my hometown of Bend, Oregon.

I yarded out a map of the Rogue Unit and found the biggest road-less area. Next I searched the corresponding topographic map and two miles from the nearest road, located a saddle and a rocky outcrop. 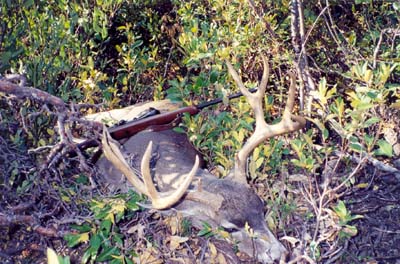 A week later, at dawn, I followed a deer trail up into that saddle. Two hours later, I stood on a ledge on that rocky outcrop. I heard a sound, a buck raking antlers on the trunk of a manzanita, and spotted the buck, or rather, just a patch of its neck and the base of its antlers. My crosshairs found their mark, and when I pressed the trigger, I knew it was a tremendous animal.

The Boone and Crockett Club, one of America’s first conservation organizations (founded 1887), celebrates the finest of each of the North American big game species. The Pope and Young Club (founded 1961) is the corresponding conservation group for bowhunters. The pursuit of animals for the record books had its genesis in the purest forms of the hunt, where the animal is used for its meat, and the head, hide and memory are preserved recognizing its excellence.

That big blacktail buck taken in a patch of manzanita in the mountains east of Ashland, Oregon, did not qualify for Boone and Crockett because it was found east of the line where the club considers true blacktail live. Instead, we call it a Cascade blacktail, and the Record Book for Oregon’s Big Game has a special category for such an animal. 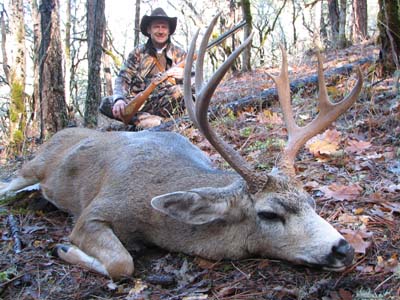 Its antlers measured 22-1/2 inches wide, tip-to-tip, and with four symmetrical points on each side and good brow tines, it went in the record book at 137-5/8 inches according to the B&C method of scoring.

I don’t always hunt for a trophy buck. Sometimes I hunt for the experience, or to spend time with the kids or friends, but in the 18 intervening years since that first book buck, I’ve put three more bucks, a Columbia whitetail and two Columbia blacktails, as well as several African animals, in the record books.

Along the way, I’ve learned a few things about the places trophy animals live and how to put them in the sights – especially deer, and especially in the rather primitive sights – of my 1840's-style muzzleloader. These then, are the 9 habits of the successful record book deer hunter. 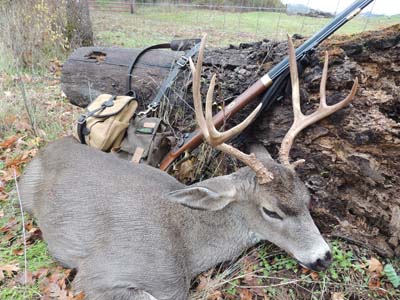 1. Learn to score and field-judge antlers. Look at a mule deer, whitetail or a blacktail rack and guess its B&C measurement.

2. Target one or more record books. Analyze the entries. Some parts of the West do not grow big deer due to genetics, soil content, habitat, hunter pressure and drought conditions. Record books to consider include the Boone and Crockett, Pope and Young, Safari Club, National Muzzle Loading Rifle Association (NMLRA), the Oregon Big Game and Washington Big Game record books. 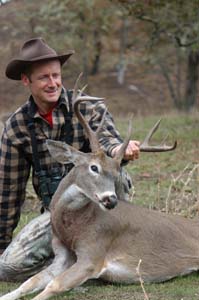 3. Plan to hunt multiple deer each year, focusing on trophy areas. As an example, a hunter in Oregon could chase mule deer with a muzzleloader in the Juniper Unit and, with a 600-series tag, also hunt with a centerfire rifle in the Willamette Unit for blacktail deer. The same hunter could cross the Columbia River and hunt blacktail deer in Lewis County, Washington, a proven producer of record book bucks, or go north to Alaska and hunt the Sitka blacktail. Sitka blacktails are easy to judge and almost any 4-point buck will make the record book on Kodiak Island or Prince of Wales Island. 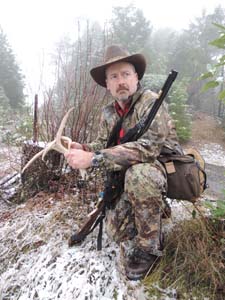 4. Gain proficiency with rifle, bow and muzzleloader. Some areas will not produce a book buck for a hunter with a centerfire rifle, but there are lower minimums for record entry in P&Y Club (archery) or the NMLRA (muzzleloader).

5. Learn to read topographic maps and aerial photos. Trophy deer require ample feed, water, bedding areas and escape cover. Being able to visualize the ground while scouting at a kitchen table is a skill that sets big buck hunters apart from the rest of their camo- and orange-clad brethren. 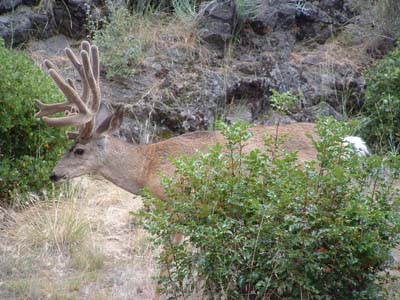 6. Hunt from mid-October to the first of December. In the Pacific Northwest, we have to believe that the buck we are looking for is still out there. He grew big antlers because he is almost nocturnal and has been that way since a youngster. Toward mid-October, bucks, in their peak physical condition, start cruising for females and are prone to make errors in daylight hours.

7. Pass up 3-pointers. A 3-point (Western count) buck will almost never make the record book. The trophy hunter has to pass up a 3x3 in order to take an animal with enough inches of measurable antler. It might mean not filling a tag. And that’s the chance to take.

8. Hunt in the rain. My friend Sam Pyke (producer of our TV show, Frontier Unlimited) has bagged several trophy animals in his favorite hunting area because he doesn’t hunt until there is a major storm in the forecast. He bought the best rainy weather gear he could get and he is ready when the weatherman says it’s time to go. Blacktail hunting is better when it’s wetter.

9. The final step? Enter the buck in the record book. After the mandatory 60-day drying period, it is eligible for measurement. Entry in the books costs something around $25, which covers the clerical costs of the record book organization.

Some people scoff at record books, but there is a conservation imperative for keeping track of outstanding animals. The data gathered from record book entries shows the areas of the West where big blacktail, mule deer and whitetails make their living. Over a century of history reveals trends biologists and land managers can use to promote better conservation and wise use of resources.