Seeing Hunting Through A Divergent Lens

Sitka’s Diverge Photo Contest is all about uncovering the grit, the beauty and the truth about hunting.

Five years ago, Sitka’s David Brinker and Alex Tenenbaum saddled-up at a lunch table in a now defunct Bozeman, Montana, restaurant. Hunting stories flowed as they always did. But the purpose of this conversation was different. Brinker had an idea that would shape the way hunters saw hunting. From the outset, he called it Diverge, and the name stuck.

Brinker said that words too often fall short, so maybe the culture shift the Sitka Team had been talking about could be inspired through pictures. Maybe a photo contest could help hunters try out different ways to view and show the journey to each other.

Tenenbaum was intrigued, and together with many others, they worked on the premise, the ask, the rules, the prizes.  They wrote and rewrote, refined and honed what it was they were trying to achieve. At some point in April of 2011, not knowing if anyone would enter, or what the entries would look like, they put up a post on the Sitka Facebook Page announcing the contest.

Along with the contest, they tried to explain to their social media fans what it meant to be “divergent.” Basically, the winning images would have to be raw—expressing the unexplainable emotions that come with hunting. They would have to be about the journey, not just the kill. They would also have to show an attempt at an entirely new way of looking at and expressing the hunt. And more than anything, they had to inspire. With that, Diverge was born. 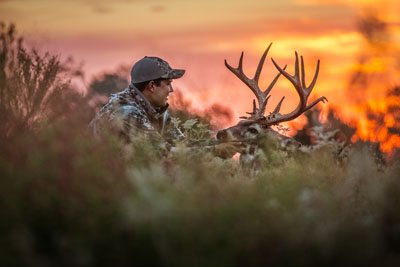 The Divergent Lifestyle
“There are two moments during any hunt that photographers of all stripes work toward more than any other,” said Tenenbaum. “The first is the moment just before the shot, where ideally the hunter and the game are in the same frame. It’s a powerful moment that can lead to a cool image, but if you’ve ever been the hunter or the photographer who’s captured this, you know there’s just so much more to hunting than this split second.

“The second is the classic grip-and-grin ‘hero’ shot,” added Tenenbaum. “It’s always an important picture to the hunter, but there are so many moments and experiences that led up to the hero shot. The hunter remembers all those, and so he sees them in the grip and grin. But no one else does. No one else sees the full season, all that work—often 365 days of preparation and more—everything that led up to the kill. And then everything that happens after. The dressing, the celebration, the primal sense of security brought by a full freezer. It’s those moments, the full journey, that are the heart of the Diverge Photo Contest.”

The true purpose of the Diverge Photo Contest is simple: to shift and accelerate a way of thinking among hunters to help them better identify themselves and articulate themselves, so that the community can experience more meaning together.

There is a broader cultural message here too. If hunters can learn to show the human side of ourselves to mainstream culture, to be vulnerable and not wear such macho masks, it may be easier to break down some of the cultural barriers to hunting.

Dusty Lutt is a Sitka Tribe member, hunter and exceptional photographer who has fully embraced the divergent lifestyle.

“What drew my attention to Sitka 6 years ago—and still does to this day—is the fact that they choose to be divergent,” said Lutt. “They choose not only to be different, but to make something better than the rest by having complete respect for the experience and attention to detail. And they’re doing it in something that I cherish in my everyday life—hunting.

“This is exactly what I try to do with my photography” added Lutt. “It’s not just a success story with an animal, it’s a way of thinking and a way of life. I try my best to capture everything from the calm relaxing moments in a sunrise to the emotional heart-pounding excitement of finally having an elusive mature buck in a hunter’s hands. It’s nearly impossible to capture a whole story in one picture, but I’ll try like hell every time. This lifestyle deserves that kind of respect.”

This Year
Sitka calls the Diverge Photo Contest a “contest” because they give prizes to those who surprise and inspire most – and this year, there are more and bigger prizes than ever. But it’s not about the prizes, the prizes are just to help celebrate those who do things differently—who see things differently—and who refuse to be conformed to too-small definitions of what it means to be a hunter.

These ideas seem to be catching on. Over the last four years, Diverge has shaken the hunting world in unimaginable ways. It’s allowed hunters to come together and share the very real things they have seen. The grit, the beauty, the truth of hunting. The rawness.

That kind of rawness has been uncommon in recent years, especially in hunting. It’s risky for people to show their cards, to try to share what hunting truly means to them with a bunch of people they don’t know.

“We’re stoked to be a part of that rawness, and we want to reward the people who take the risk,” said Sitka Founder Jonathan Hart.

The Sitka Team encourages anyone reading to just step out. Winning at Diverge doesn’t require hunting uncommon species in uncommon places. It just takes being an uncommon human, seeing the world in uncommon ways.