The Hunt for a Ghost

The week of rifle deer season is something I always look forward to. Chasing big muleys and whitetails in the Blue Mountain Range with all of my thoughts heading towards October 12th, 2019. It all started a month prior when I decided to try reloads for my .300 Win. Mag. instead of factory. While working on 8 different loads, the dreams of 4-points and wide whitetails were dancing through my head. As I (anxious as ever) finally settled on one particular load consisting of a 180 grain Nosler Partition, with 61 grains of 7828 SSC, I knew me and my equipment were ready. I started to pack my truck the night before, got the okay from my work, and it was time to go hunt for a monster. One that has haunted my dreams ever since I picked up a rifle. 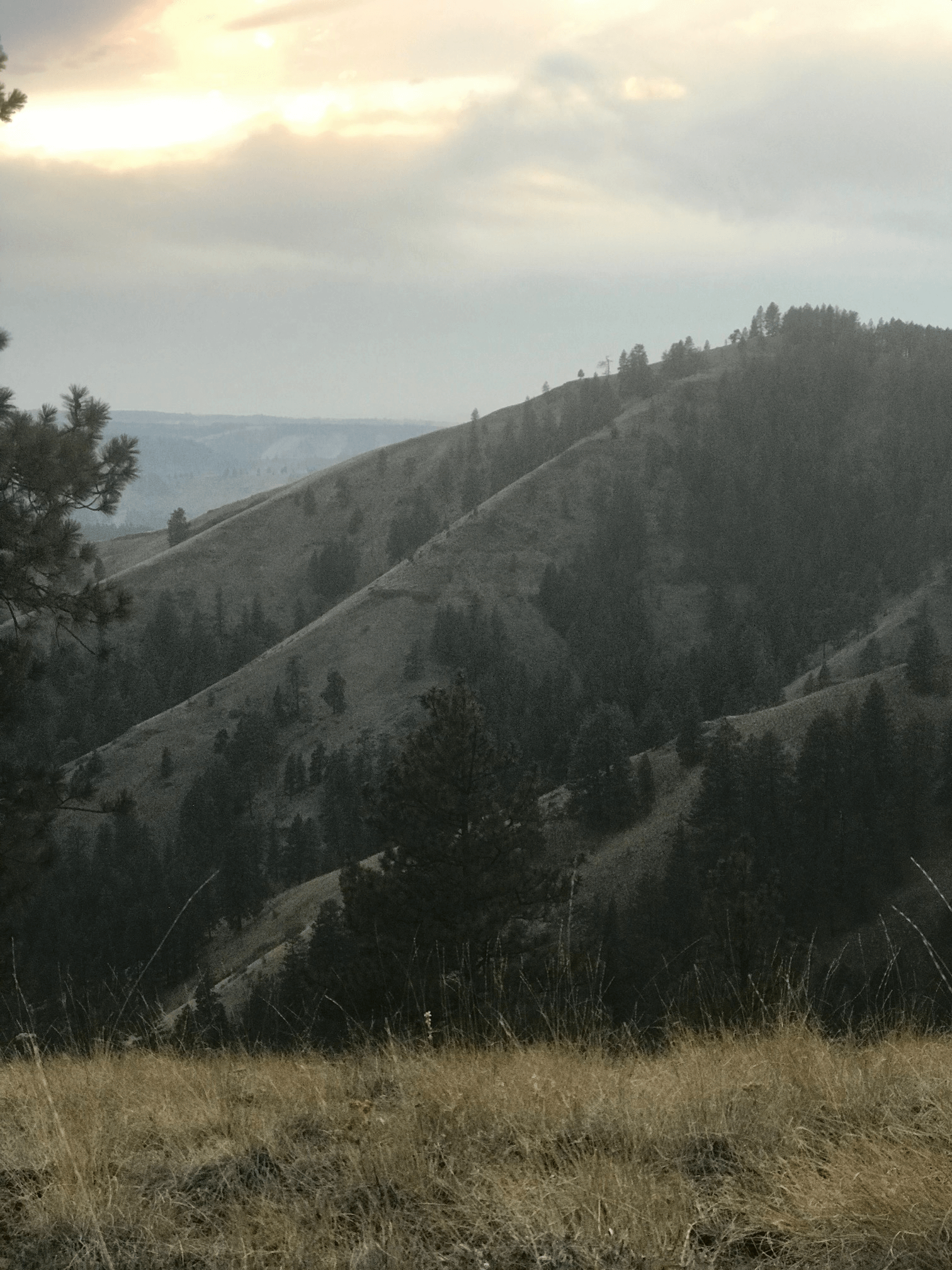 The morning of, I kissed my newborn and my wife and I was off, showing up deep in the Blues Mountains late in the day. Finding a campsite was proving to be easier said than done. With campers and tents scattered all throughout the valley, I began to think that this hunt was going to be about battling with hunters more than finding a deer. That night, after finding a spot in a crowded campground, my mind began to race. The vision of a deer in my crosshairs was all I could think about.

With little sleep from the night before, I awoke to a crisp, cold morning. I gathered my rifle and binoculars and headed to my chosen glassing spot atop a high ridge line. Late in the morning after finding zero deer I decided to head back to camp to have some lunch. While eating some ramen noodles, an old man that was camped next to me was talking about hunting the wind farms in the valley. All I needed to do was to go to the market, watch a short video on safety, and I was good to go. After that I decided to give it a shot. I was looking at a map while lazily glassing a nearby hillside and “BOOM!” Buck spotted. Without hesitation, rifle in hand and hopes of it being a shooter, I began to cut the distance from 500 yards to 150. Before I knew it, I was in the thick of about 10 deer. Scouring the group of muleys who all had me in their line of sight, the buck was nowhere to be found. Then I found him a lot closer than I had expected, standing 50 yards from me was the first buck I had laid my eyes on, but certainly not the last. Searching eagerly through my binoculars at the size of the grey ghost peeking out above the sage brush. Thinking to myself, “He’s just a fork’n’horn, not the buck for me.” I sat down as I watched the group of deer I had just startled. “Deer are one mysterious animal,'' I said.

Pondering about bigger bucks and finding more deer, I got swept into a sort of trance while watching these deer leap and trot over the following ridge well out of sight towards the safety of the farmer’s land. After this interaction, I knew I had to hunt around here the next morning. I woke up a little late the next day knowing I had five more days to hunt, I chose to turn my attention towards the same area where the fork’n’horn was located. Driving around listening to country music looking for the buck of my dreams, I stopped to make a phone call home explaining that everything was okay and that I’d seen a buck the day before, but no shots. After saying my goodbyes, I took off down the road towards my next encounter with the mysterious grey ghosts, which would happen a lot sooner than I thought. A few miles down the road the buck was laying down with his group of does, well out of reach of anyone. Luckily for him, he chose the piece of property that was untouchable to the public due to the private land signs scattered around. Towards the end of the day, I decided to head up the ridge on a bumping dirt road to a spot I’d come to know very well.

Glassing a small valley that was just below the road, I made up my mind to dive-bomb in, on foot. A few hundred yards down, I jumped a spike whitetail that did not want me anywhere near him as he threw flag and headed in the opposite direction. This spot turned out to be a lot worse than I had anticipated. With every step I took, I had to climb over and under just about every downed log that was in the valley. Feeling defeated, I walked my way back to the truck and back to camp for a good night's rest.

With the next few days showing no action and deer seemingly disappearing into thin air, the mid-hunt blues set in heavy. The pumpkin color orange attached to every person packing a rifle was the only thing I could seem to find. Then everything changed. My life before I knew it was about to be threatened. Two days before the seasons end, the day I was set to come home and back to reality, I wanted to give it one last shot. So, I got in my truck and headed up towards where I had spooked the spike earlier in the week and found an old dirt road that was overgrown and in need of some size 12 boot tracks on it.

Optimism still high on my mind and my .300 Win. Mag. itching to be unleashed, I took off. About halfway down the road to my right were some does jumping into the bushes. I began after them in hopes I’d find a pre-rut buck hot on their tracks. After a mile of following tracks, I came to a well-traveled logging road and figured I’d double back down it in hopes of a buck standing in the manicured hillsides. Two miles down the road I stopped to glass a clear-cut with some small Christmas trees in it. “THERE HE IS!” I gasped as I tried to put my rifle to my shoulder. Standing 100 yards away was the buck I had traveled all this way for, a huge dark-horned whitetail. I began to squeeze the trigger to end this hunt but a rustle in the bushes stopped me.

I peered across my shoulder and out stepped a baby cougar no bigger than an average house cat. Then my worst nightmare followed behind. A giant 150-pound mama cat. That’s when I knew if didn’t turn my attention towards this cougar I’d for sure be lunch. We locked eyes for what it seemed like forever, neither of us moving an inch. I quickly glanced to see the buck I had in my sights was jumping over the ridge, never to be seen again. I turned back towards the cougar just as she presented her teeth, as if she wanted to prove her dominance. I yelled, “Whoa cat, get out!” Nothing seemed to faze her. I proceed to yell as she crept closer, about to pounce on me. I had my rifle raised and then it happened, she charged me. She was within 5 yards and swiped towards my midsection. The thought of even taking this cat for a trophy was the last thing on my mind, I knew she had a kitten and if I was going to release a bullet from my gun it was going to be for self-defense.

She started to back off and I thought she had lost interest so I walked forward to follow the path of the whitetail that had left the scene. I turned to my right and noticed the cougar had snuck through the brush. She was going to get me from the side. That’s when I knew this deer was not worth my life and I backed out slowly. Stepping backwards ‘til the cat was out of sight. Rushing back towards the truck every once in a while, I’d hear a branch break and the thought crossed my mind, “This cat is stalking me.” While running back to the truck, heart racing, stomach in knots, I turned from watching my back to see a nice 3-point whitetail. I brought my rifle to my shoulder two shots were fired and the life of a deer was ended.

With the hunt at an end, I can’t help but look back on the previous events and be thankful. Thankful for the opportunity to be able to harvest these mysterious animals and be a part of the conservation of these creatures. To all those who think that hunters are vicious people, can read this story and see that there is more to hunting than just harvesting an animal. They can see that the memories and experiences help build a person's character, heart, love for the outdoors, and respect for the animals around us. 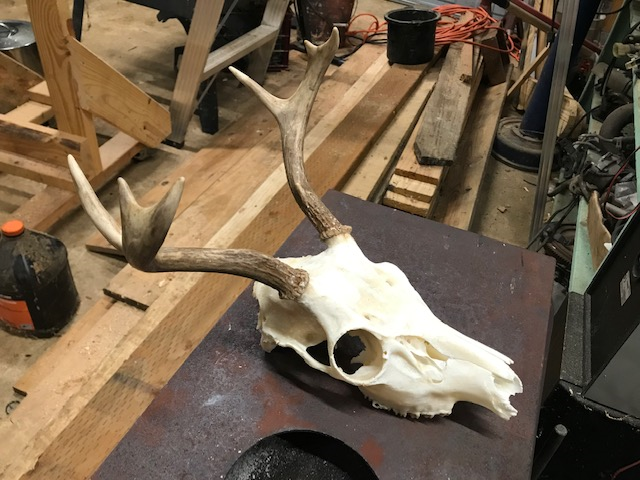 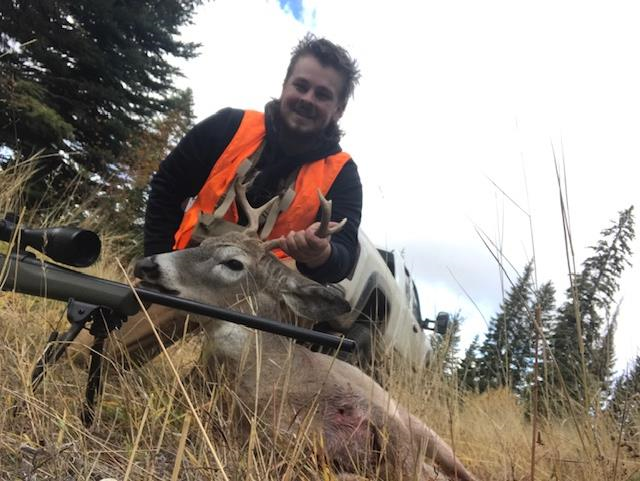