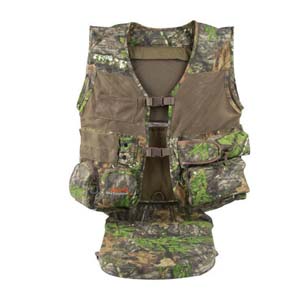 ALPS Outdoorz Men's Stakeout Turkey Vest
Stalk your prey in this hunting vest, designed to store all your hunting accessories and lightweight and breathable so the only thing on your mind is to find the perfect lookout spot. Plenty of storage combined with ventilation panels and a built-in padded stowable seat keeps you comfortable while waiting for that big gobbler to cross your path. 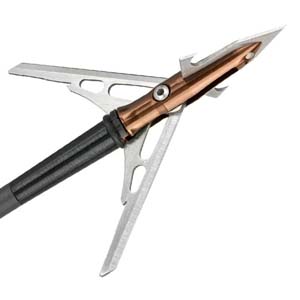 Rage Xtreme Turkey Broadhead
Rage has designed a broadhead specifically for turkey hunters that will eliminate the problem of a flopping-then-fleeing gobbler following an otherwise fast and deadly pass-through. The Rage Turkey Xtreme broadhead features a new cut-on-contact tip with a pair of massive "Meat Hooks" to inflict maximum lethal damage, all while slowing the arrow enough to anchor the bird. This Turkey Xtreme Broadhead combines a gigantic 2-1/8" cutting diameter, two-blade Slip-Cam broadhead with the "Meat-Hook" Tip to stop a turkey dead in its tracks. With a pair of surgically ground, 0.035"-thick stainless steel blades that produce an initial slap-cut entry hole of nearly 3 inches, the Meat-Hook Tip has a 9/16" cutting diameter and a pair of blunt notches on each side of the tip were designed to slow the arrow as quickly as possible upon impact to potentially impair one or both wings for a faster, safer kill.The 100-grain Rage Turkey Xtreme Broadhead also features an extremely aerodynamic, precision-machined and anodized aluminum ferrule paired with the proprietary Rage SHOCK Collar for optimum blade retention and consistently reliable blade deployment. 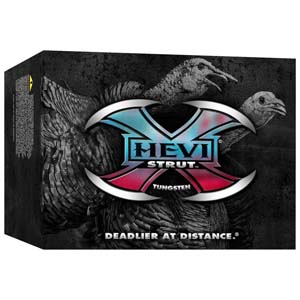 Hevi-Shot Hevi-X Strut 12 Gauge
The new HEVI-X Strut is a tungsten-based turkey load that offers higher energy on target than lead due to a payload that is HEAVIER THAN LEAD. #6 tungsten pellets layered over HEAVIER THAN STEEL HEVI-X #5 tungsten pellets – plus a higher launch speed, made possible by the strength of the tungsten pellets. Smoke that Tom with 50% more energy than conventional #6 lead and all the loaded pellets of TSS #7 turkey loads at half the price. Works great with HEVI-Shot Turkey choke tubes. More lethal pellets on target at a price that makes sense! 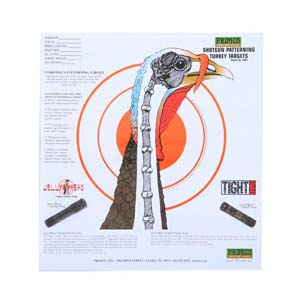 Primos Turkey Target
Don’t aim at the head! Half of your pattern will pass above the gobbler. The proper point of aim is at the middle of the neck to ensure that the entire pattern covers the best kill zone of a turkey. The 10.75" x 11.5" surface of these targets show the most effective shot placement with a bright orange bulls-eye. You can see an actual X-ray of a turkey’s head so you can properly pattern your shots for the most effective kill. 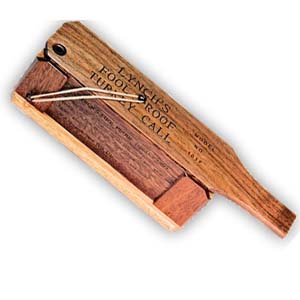 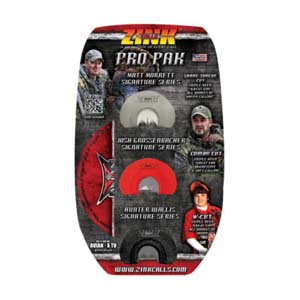 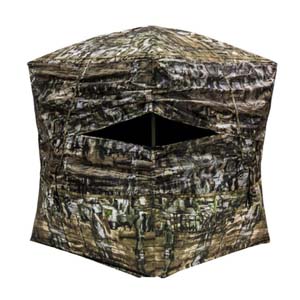 Primos Surroundview 360° Ground Blind
The revolutionary Primos Double Bull SurroundView 360° Blind is the "Blind Without A Blind Spot". It’s constructed with exclusive one-way see-through walls that let you see all of your surroundings without being seen. Now you can spot all the movement you miss with traditional blinds, yet remain just as concealed. The SurroundView 360° comes with four one-way see through walls with one movable black-out wall to place on any wall you choose. The blind is constructed with the Power Hub Framework that requires less force and aligns rods perfectly for tighter fabric and easier set up than any other hub hunting blind. Be ready to hunt in 7 seconds. 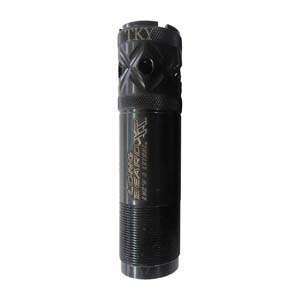 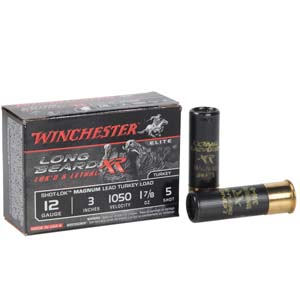 Winchester Long Beard XR 12 Gauge
This ammunition features Shot-Lok Technology that allows for the tightest patterns and longer downrange reach over any lead turkey load on the market. Pair this ammunition’s capabilities with the Carlson’s Long Beard Turkey Choke and you have a devastating, gobbler-killing combination. 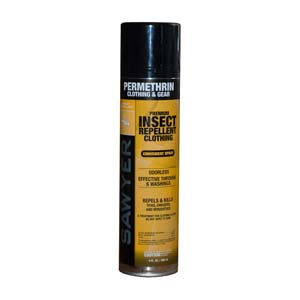 Sawyer Permethrin Aerosol Clothing & Gear Insect Repellent
For use on clothing, tents, sleeping bags, and other outdoor gear, Sawyer Permethrin is more than just an insect repellent — it actually kills ticks, mosquitoes, spiders, chiggers, mites, and more than 55 other kinds of insects. Permethrin is also effective against the Yellow Fever Mosquito, which can transmit the Zika Virus. Providing a fantastic odorless barrier of protection, a single application of Permethrin lasts for 6 weeks or 6 washings. Using it on outdoor gear also helps reduce the mosquito population in your camp and prevents ticks from attaching to you. 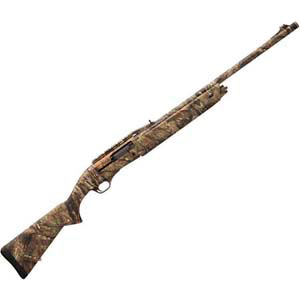 Winchester SX3 NWTF Cantilever Turkey Semi-Auto Shotgun
Here’s the shotgun specifically designed to stop Mr. Tom in mid-strut. The Winchester Super X3 NWTF Cantilever Turkey features a 24" barrel with a 3-1⁄2" chamber, a cantilever scope base and fully-adjustable TruGlo fiber-optic sights. The Active Valve gas system helps tame felt recoil from those heavy turkey loads, while the Invector-Plus Extra-Full Turkey choke tube funnels all those pellets in a tight grouping that patterns more pellets on your trophy. Don’t take an inferior shotgun after the largest and smartest game bird in the woods. Bust that bird and earn your spurs with the Super X3 NWTF Cantilever Turkey — the fastest shotgun ever to stop a strutter. 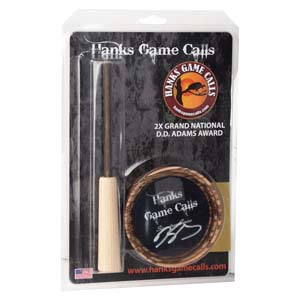 Hank's Game Calls Signature Zebrawood Glass Over
This pot call looks more like art than a tool. With beautiful zebrawood, glass, and aluminum, it not only works great, but it is a thing of beauty. Featuring a great front end that breaks into a raspy yelp, great clucks, cutts and purrs. It comes with two piece Dymondwood striker and is signed by Kimmy Hanks.