As an outfitter over the past 15 years, my table fare has been directly linked to what my eyes could see. Without being able to see, I wouldn’t have been able to eat. And the hours behind the glass, scouring the terrain literally for meal after meal, has driven into me the value of seeing. I won’t necessarily say for myself that seeing is believing, as I realized in my youth that believing was seeing, but the only way that I knew that to be true was because I eventually “saw” what I believed was there all along.

Today, technology has evolved to placing a high-speed laser that measures the amount of time it takes to leave the binoculars, arriving at the target and returning to the sensor on the binoculars. The amount of time it takes for the laser to blast through distance and return is then displayed in the middle of your field of view, not in time, but in units of measurement, such as yards or meters.

There have been many changes throughout the hunting culture over the last 20 years, but I would suggest that more animals have survived encounters with weapons simply because the distance to the animal was not known. The proverbial, “One that got away”, has gotten away more often than not, simply because the range to the animal was left to a guess. Placing a laser in a device designed to magnify and clarify the hunter’s relationship to the prey, has been one of the single most dangerous evolution for the modern-day hunter. This tool eliminates the need to ever hear again, “I didn’t know how far it was.”

This article is designed to accurately and with minimal bias, present a comparison of the rangefinding binoculars on the market today. All the laser/bino combos mentioned in this article have angle compensation rangefinding capabilities and many other features that are far better explained on our Sportsman’s News YouTube channel under Video Product Reviews.

Because I know too much about what is “supposed” to be the best based on each represented price-point, I wanted a fresh perspective. The Sportsman’s News Team has recently hired two full-time video editors, with very limited field experience in hunting, almost novices actually. However, one in particular, let’s call him Sam, has a very deep understanding of light and sharpness of image, due to his extensive background in videography and video production. I decided to wrap all the rangefinding binoculars in tin foil to make them impossible to read and feel texture, so as to get his honest, unbiased perspective.

Below are the results of what an amateur saw as well as my experienced input to balance the exploration. It is important to remember in comparison that everything is relative to how the product is being presented from price-point to performance. I just wanted to see if Sam’s eyes could see quality when he didn’t know the price-point. We built a scale of 1-10 for light gathering ability, image sharpness, eye fatigue, honest color representation and rangefinder speed and distance execution, with 10 being the highest mark. Below are the findings. 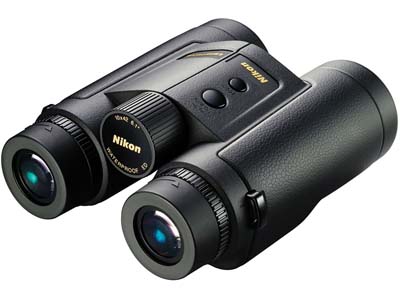 The Nikon LaserForce 10x42 Rangefinding Binocular are supported by a $1,199 price-point. The rangefinder is fast and reads accurate distances on deer out to 922 yards, trees at 1,444 yards and in a tripod non-hunting environment at 1,907 yards (ranging a barn). For those of you who don’t know, that is 1.084 miles from rangefinding binocular that you hold in your hand. Navigation of the menu is smooth and user friendly and has several brightness options, yards and meters and angle compensation. Likely, this rangefinding combo will outperform the skill set of almost every hunter and if you notice the price-point compared to the rangefinding capability, you will find the Nikon LaserForce is something to consider. 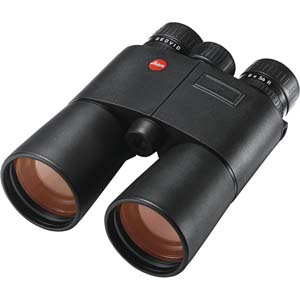 The Leica Geovid-R 10x42 Rangefinding Binocular comes in at a price point of $1,799. The rangefinder picked up distances out to 1,202 yards on reflective surfaces and deer out to 1,087. I personally guided with these binoculars for 10 years and so my bias comes through with the success they helped me create. One of my notes is I judge the quality of the glass based on the ability of the binocular to disperse light over intensely contrasting objects within the frame. A shiny object that blows out the whole picture points to a lower quality lens coating. Being able to look at a sunny hillside and pierce through the shadows at the same time, without eye fatigue, is what makes the difference for me. The Geovid does this very smoothly for my eyes. The 10x42 is the simplest of all Geovids and has the fewest menu options of all the rangefinding binoculars in this article. 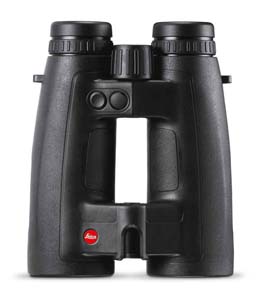 The Leica Geovid HD-R 10x42 Rangefinding Binocular comes in at a price-point of $2,599. The rangefinder is solid to 2,165 yards on reflective surfaces and was very quick on horses at 1,442 yards. The HD-R collects temperature, atmospheric pressure and angle of binocular. For the modern practical hunter, the HD-R is very applicable for hunting environments, has a few less options than the HD-B, but the glass and quality of the rangefinder are the same, minus a few additional yards I managed to range with the HD-B. 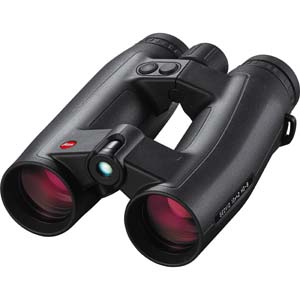 The Leica Geovid HD-B 10x42 Rangefinding Binocular comes in at a price-point of $2,999. The rangefinder grabbed distances with speed at 2,266 yards on a pinion juniper hill side and deer at 1,940 yards, making this the highest performing rangefinder in this article. The display is a large square compared to the Geovid-R and is easier to read on blown-out, sunny hot days. The menu is extensive, with options such as ballistic curve, zeroing distance and ballistic output format. The Geovid HD-B determines three other important pieces of information; inclination of binoculars, temperature and atmospheric pressure in case you need your own weather.com in a rangefinding binocular. It also comes complete with 12 different ballistic curves and several different zeroing options to tailor-fit your weapon of choice to your binocular. This is the most complex rangefinding binocular in this list. You will have to decide if these options benefit you. 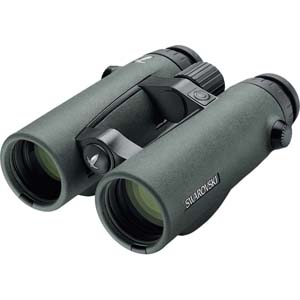 The Swarovski ELs 10x42 Rangefinding Binoculars are priced at $3,299, which makes them the most expensive pair of rangefinding binoculars in this article. The ELs showed consistent readings on tree lines at 1,856 yards, animals at 1,004 yards and a very impressive, 2,028 yards on a reflective barn roof. The ELs are the only rangefinding binocular to use a circle for the laser display. All the others use a square. Also, when the range button is pressed, the display lets you know the laser is working to get a readout, so you don’t have to wonder if you pressed it correctly. I have to add the ergonomic design of the ELS is comfortable to the hands and from years and years of glassing in the dark, I feel the ELS handle the dark the best. However, there is no way to prove the data. In my experience in low light, they are a fraction clearer in the darkest of conditions than the other binos represented in this comparison. However, Sam did not agree.

What pair then is the best? I will let you decide on that, as the answer is subjective to each hunter. But to close, using a non-experienced hunter to review rangefinding binoculars proved what I had already proven for myself. Quality is obvious. No one needs to be experienced to see what images are clearer than others and what rangefinders read with speed and ease and which ones have to be clicked on repeatedly. Sam was a bit of a critic, probably more demanding than I am. But, I do think it is a good tool for reference as his data has no allegiance to the connotation or nostalgia of the great household names we know to be the best in optics.

The takeaway is this; you get what you pay for, for the most part. The LaserForce competes with the Geovid in rangefinding capability and is priced $600 less. The competition between The Swarovski 10x42 Rangefinding ELs and the Leica 10x42 HD-B Rangefinding Binocular might have to be decided in a “Best of 7” series and I’m guessing a couple of those games will go into overtime. But, all of them will get the job done. You will just need to figure out which one is best for you, because if you miss and have to tell your buddy, “I just didn’t know how far it was”, after reading this article, well, that’s on you! 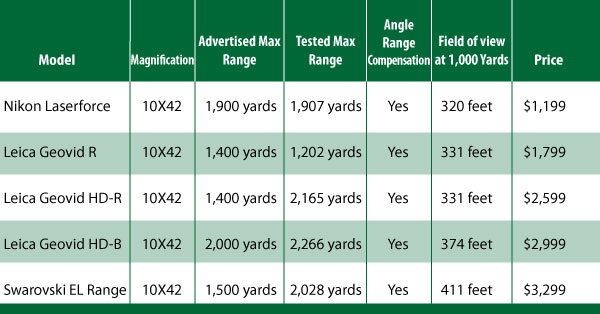