You’ll never find a sporting optic that’s more rugged, lightweight, or clear than a Leupold. That much, we can promise you. Innovation and performance are part of the company’s lifeblood, and have been for more than 70 years. Leupold’s award-winning line of VX-Freedom riflescopes may best embody those traits – delivering relentless, class-leading performance at a value price point. New for 2020, Leupold has added five illuminated models to the VX-Freedom family, ensuring that it remains the most versatile scope line in its class. 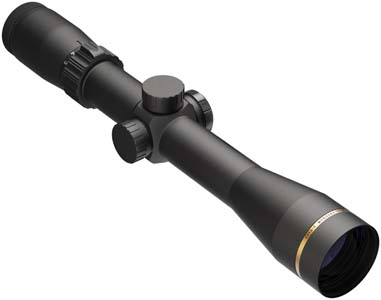 “Illuminated reticles are a benefit that hunters and shooters can both make use of,” said Vici Peters, Product Line Manager for Leupold & Stevens, Inc. “Game animals tend to move when light is at its lowest – a FireDot reticle makes it easier to ensure your point of aim is where it’s supposed to be. Target shooters, meanwhile, can acquire and track targets with greater speed. With the new illuminated VX-Freedom models, we’re offering premium features at a lower price point – and doing so in a rugged, reliable scope that’s designed, machined, and assembled in the United States.”

All five models feature a 30mm maintube and a version of the FireDot illuminated reticle – helping shooters see their aiming point even in the most challenging conditions. The FireDot Twilight Hunter reticle, new for 2020, was designed with the nation’s most dedicated whitetail hunters in mind.

Like all of Leupold’s illuminated riflescopes, the new VX-Freedom options feature the company’s Motion Sensor Technology (MST), which puts the FireDot reticle into a battery-saving standby mode after five minutes of inactivity. When the MST detects motion, it instantly activates the sight, so it’s ready when you are. A manual mode allows the sight to be shut off when not in use – like when you’re posted up on a ridgeline waiting for a deer, or when your rifle has been returned to its place in your gun safe. As soon as the MST senses movement, your FireDot reticle will be ready to go.

Free Yourself from Subpar Performance
The VX-Freedom line is designed with one purpose in mind – to give you the freedom to put a Leupold on any hunting rifle, .22, AR, or long gun you own, knowing it will perform for a lifetime. Only a company with Leupold’s history and engineering expertise could deliver an American-made optic that boasts performance and affordability like the VX-Freedom. You’re looking at best-in-class optics – crisp, clear images with unmatched edge-to-edge clarity.

Did we mention that you’ll be able to see the previously unseen? It’s no secret that the first and last 20 minutes of any big game hunt are often the most crucial – it’s when the animals are most likely to be up and moving and when you’re most likely to get a shot. But that’s also when there’s not much light to work with, and you can’t hit what you and your riflescope can’t see. That’s why the VX-Freedom line incorporates Leupold’s Twilight Light Management System, a proprietary lens coating system that increases the amount of usable light that reaches your eye. Translation: Your optic will still be able see Bullwinkle during those last five minutes of legal light even when your naked eye can’t.

Built to Last
Like every riflescope offered by Leupold, the VX-Freedom is designed, machined, and assembled in Beaverton, Oregon – and it’s built to withstand a lifetime of abuse. The VX-Freedom line features Leupold’s proprietary gas blend, which nearly eliminates the effects of thermal shock, and reduces the diffusion of gases sealed inside your scope even more than the company’s proven nitrogen technology already does. The VX-Freedom series is everything you’ve come to expect from a Leupold optic. It’s tested to the very same ruggedness standards as the company’s top-tier riflescopes. Every Leupold riflescope is “Punisher” tested and capable of withstanding whatever you might be able to throw at it. Best yet, every scope is backed by Leupold’s legendary Lifetime Guarantee – which guarantees performance where other companies warranty failure.

At the end of the day, you don’t quit, and you don’t back down. And neither should your optics. Epic moments don’t create themselves. With Leupold’s new additions, the VX-Freedom line is delivering the versatility you’ll need and the versatility you’ve been asking for in the field. All at one of the best value price points on the market.