PhoneSkope has been around for quite a few years now and being a southern Utah company, we have been involved with them almost from their inception. We have been using the PhoneSkope adapters to take pictures through our spotting scopes and binoculars for the last six or seven years now. A couple of years ago, we even had Cheston Davis (owner of PhoneSkope) and his team make us a few adapters to shoot some video through our riflescopes. The thought process was solid at the time and the adapters worked like a charm, but the recoil of the shot didn’t work out so well for the phones and we had to replace a few screens. The adapters on our rifle scopes made it great to take pictures and video of the reticles of the numerous riflescopes we tested, however, we put using this technique on hold for the time being. 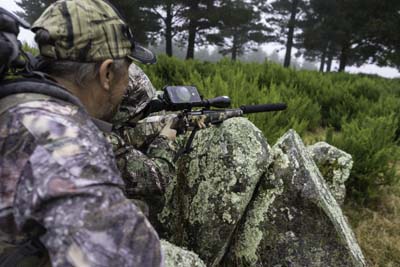 Flash forward to July of 2018 and PhoneSkope has now launched Skoped Vision, which allows you to not only attach your phone to your riflescope on the side and use it normally, but it also gives you the benefit of being able to shoot the rifle without damage to your device. The technology behind this product is nothing short of spectacular as well as fairly basic to use. 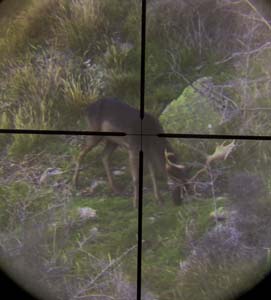 The unit itself easily attaches to any riflescope with a small, well-designed ratchet system. Adjusting for the best eye relief on each riflescope will take some trial and error to figure out, but once you have that done, switching from riflescope to riflescope is very simple. You will need to download the App from either the App Store or Google, depending on the device you use. The App gives you the ability to manually rotate what you are seeing to give you a good picture on your device. You can also adjust the zoom as well as manually focus if your phone is having problems in this department. Once you have the unit and your phone dialed in, you can remove your phone and quickly attach it whenever you are ready for the shot. 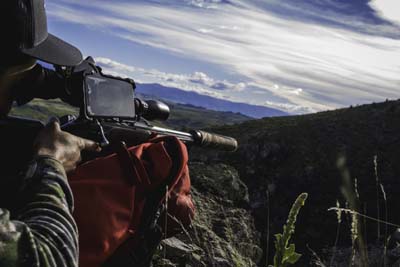 One of the things that I was really excited about with this product is what it brings to the table in a training situation. Having children and teaching them to shoot is a wonderful way to get them involved in our sport. If you have done this, you will also vouch for the problems it creates when everything doesn’t go according to plan. Being able to have the Skoped Vision attached so the kids can see exactly what you are looking at when you pull the trigger is a great way for them to translate what you are telling them. You can also record their shots, which will show them exactly where the crosshairs were when they pulled the trigger. You can also use this to record your own shots in a hunting environment. This works great on the smaller caliber rifles, where the recoil doesn’t take you off target. However, it doesn’t work to well on those magnum calibers. 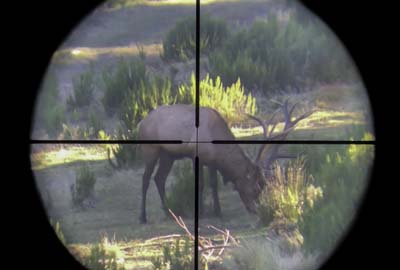 I can personally attest to the value of having your shots recorded. Before the days of filming, I was sure where every shot hit without a doubt. However, with a dozen years of filming hunts and literally hundreds of kill shots to evaluate, I can guarantee that this isn’t always true. The animal might be angled towards you a bit more than you thought, which makes that exit wound a bit further back than expected. This tells you that you might not want to go over there and take a chance of bumping that deer until he has enough time to expire. The examples of shots like this are limitless and now you can film all of your own shots without a person there to run the camera. Being able to record these moments yourself is a great resource and a great way to share these moments you hold so special with friends and family.

PhoneSkope has hit a home run with the new Skoped Vision product and with all the social media resources to share your video and photos on, this is sure to be a hit.